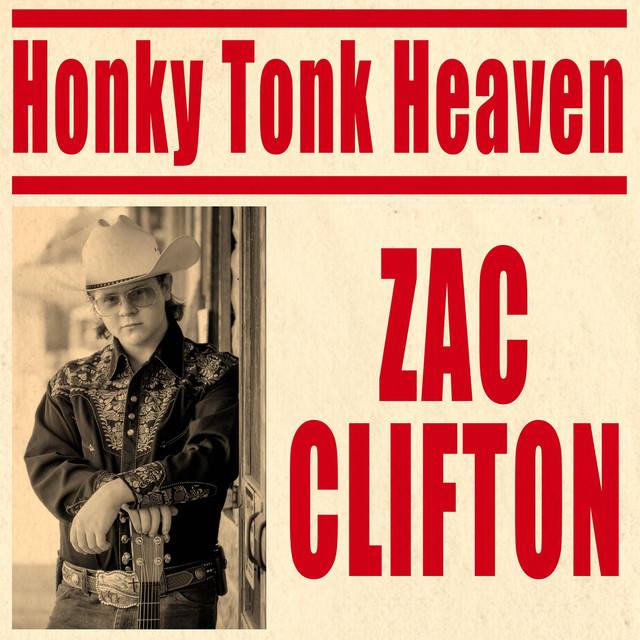 Right now I’m going to tell you all about an album that could quite possibly acquire my most hallowed position of album of the year in March. By the end of this article if you don’t concur with me than my words didn’t so this album justice by any means. I’ll be honest right now I don’t even know where to start on praising this album here! I was expecting a good album because of the fact that Mr. Bobby Flores produced it, and I TRUST his music and personal taste in music.

When I learned about this young man Mr. Zac Clifton from east Texas, I had to contact him and find out more. His management sent me out the press kit, and my jaw hit the floor! This young man has the youthful vocals, however possesses the ability to deliver a believable drinking song like the “Drinkin Way Of Life”. You can JUST SMELL the booze emanating from this young guy’s breath as he softly moans that lonesome Country sound. The way he throws around his voice on some of the songs kept me on my toes at attention for more.

One thing I want to stress is that ALL of these songs are written by HIM, accept one that was co written. From the opening song “Rough, Rocky Roads” you find out that he is the real deal here, with some road experience under his belt buckle. He has the look and the vocal swagger to kick the shit out of anything on the radio today, and a nasty scowl to match.

You want steel guitar, well this album has Mr. Tommy Detamore, need I go further? Many of the contributing musicians were Mr. Bobby Flores ( who in my opinion is a LEGEND), Mr. Brady Gandy and Mr. Jake Hooker.

You can gather all of his influences on songs like “Talk To the Healer” as he sings a song like Hank Williams Sr. would have delivered it to me, but to write such a piece you can TELL this young man praises God in all things he does. I want to hug this young man and tell him mom and dad raised him RIGHT, and he eases my worries about today’s youth.  He goes into a song that paints such a plethora of pictures in my head called “Honky Tonk Heaven” that is kind of like the Dolly Parton song, but different in his own style. The song gripped me so tightly and made my brain paint such a picture, I cried…I literally cried.

This is his debut album here, and the only thing negative I can say about his future, is the fact that mother nature may have her way with his voice in the next few years. The fact remains that he may not be able to sustain such a youthful mannerism, however with age comes experience. You give this guy a few nasty relationships there is NO DAMN TELLING what kind of songs he will craft!