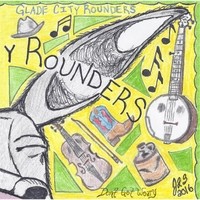 Jill Kinsey is a road hot blazing gypsy that is part of a group I used to feature quite a bit on here called the Last Honky Tonk Music Series. A lot of the shows don’t happen close enough to me to cover on a regular basis however some of the members I keep close tabs on and Miss Jill is one of them. If different groups don’t always return enough attention to the posts I usually focus on other ventures. I need return support in order to continue having the ability to continue to do this. However like I said I enjoy her music and also Moondawg Hall who I’ll be featuring later.

She released this album a few weeks ago by herself and it was recorded and produced by the Talent Brothers who recently released a pretty good album last year. This album contains thirteen songs Jill wrote herself or co-wrote, most of which were not bad. The most well written song on the album was the second one called “Woman Scorned” I truly enjoyed that one the most, I liked the way she sang the song it fit her vocals well.

The album opened with a song called “Cocaine Blues” and at first glance I was disenchanted with it because I thought it was a Johnny Cash cover. It however is FAR from that and it actually was indeed a good song and was good to see the album open with two upbeat songs that were well written.

“Saved” was the next song on the album which was a song about sex and the devil that had a pretty good beat to it, the lyrics didn’t really do much for me on this one but that’s just my opinion. Nonetheless it was still a pretty good driving song to jam too. “California Angel” was another good song on the album that featured her vocals really well on the song, it seems that the more upbeat songs showcase her vocals better than slower songs and she has a truly distinct style all her own. I could easily pick her out of a crowd of other singers.

“With You” was a slower waltz styled song that had a good melody and had a terrific mix on her vocals but I thought she presented more upbeat songs better than slower ones. However I will say that this song was really commercial and I could see several mainstream artists singing this song and charting with it. I thought the lyrics were really outstanding it was a song anyone could relate to.

“Educate Yourself” was another really good song that stood out above all the others with the tempo of the song. All in All this album was pretty darn good and I highly suggest you stop over and pick it up for your collection and check out her shows on the Last Honky Tonk homepage and see if they are coming to your area.

This is the third album from this powerful duo that has more soul and harmonies than most of the bands out there today, I simply cannot understand WHY radio or mainstream music has not gone nuts over these men. Immediately upon hearing this album the hair on my arms and neck stood up and I brought back to the Everly Brothers and Marty Robbins harmonies. I’m going to literally warn you folks..if you are a Country Music purist you will absolutely LOVE this album.

It opens with the upbeat and singing song “Stoplight Kisses” which like I previously said sounds like it came straight out of the 1970’s oldies rockabilly however all but two of these songs were originally written by half of this duo. Along with the title track “You’re Dreaming” both of the album’s openers just totally flow into your brain like fine wine.

“Clown Collector” was a cleverly written hopping song about women and how they collect deadbeat men in their lives..clearly a scenario I can relate with. They want snazzy looking clowns with sparkly Luke Bryan britches.
Follow that with the meaningful song “Powder Blue” which was also equally clever on the pen along with the mind.

This Minnesota duo does a lot of touring nationwide although I haven’t really seen their names on many festival lineups this year I plan to go out of my way to see them perform. There is indeed a live album from 2013 where you can get a better look at their live shows. The only downside to this whole wonderful album is that it is only eleven songs however it ends with the iconic “Traveler’s Paradise”. Trust me you will NOT be disappointed adding this album to your collection.

I’m not going to lie folks, this one is probably in my Top 5 of my Top 50 of 2016 already. It would be completely mind blowing to find an album to beat it. She sings solid gold Country pain in her whiskey soaked vocals. This whole album will completely take back to the Honky Tonk to throw peanuts on the floor and drink heavily.

The album opens with “Hands Of Time” which is a popping good Country song about the family farm, but it doesn’t showcase her band or her voice as well as “About To Find Out” which was a steel guitar infused twang anthem of modern day music. This woman kicks modern day ass the likes of Loretta in the late 70’s along with stellar steel guitar solos and good old fashioned piano.

“Tennessee Song” was also a truly damn fine song and I truly enjoyed the opening of this whole album her voice is gritty and real, and she has her own niche in Country Music. She isn’t trying to sound like anyone but Margo Price and her band the Pricetags are truly a well oiled machine. Tennessee Song is a hard drumming fist pounding twangy barrage of solid Country that will stomp you right in the mouth.

“This Town Gets Around” was a good swing song that she played at Muddy Roots last year I remembered about Nashville. And honestly it’s all true, all the lyrics are totally easy for anyone to relate to. It also has that swinging hillbilly steel guitar tone that is accompanied by fiddles, she don’t write the shit that gets bought and sold and that’s why I love her!

The last great song “Weekender” was a classic prison song about the Davidson County Jail and trust you me you’ll enjoy the piano and the steel on this song as well. I thought this song was a truly great finale as it showed off her vocals better than any other song on the album to me. It’s something modern day radio needs these days…hell the WORLD needs Margo Price!