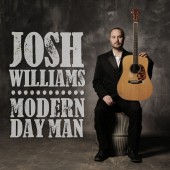 Folks I know it has been quite some time since I put out some new album features but rest assured I have been watching for some GREAT Americana and …well…just DAMN GOOD music here lately. And I have so many irons in the fire it’s hard to maintain everything, but when I do catch up with everything you’ll be glad you spent a few moments reading about what I have for you.

Vince Gill: Down To My Last Bad Habit.

This album was promoted so fiercely that the Ernest Tubb’s Record Shop changed the outside sign for the album released in February. People in town were going absolutely bonkers because if you don’t know Mr. David has closed the second record shop on McGavock Pike and has only one store in Nashville now. Well the rumors FLEW that Vince Gill had purchased the downtown famed Broadway store!

In my humble opinion the last song “Sad One Comin’ On” was the best song on the whole album and the most Country song on the entire album. It’s a great old slow song for George Jones and for sure it is quite a darn fine song it’s well written and just plain out Country!

MCA Nashville and Vince Gill have released a pretty good album here this being the first new album of his in quite some time now. “Like My Daddy Did” was a super good song written by Vince himself about gaining the trust of a woman who’s father left her at an early age, it’s truly a well written touching song.

“My Favorite Movie” was a song I have been waiting for that Vince co-wrote with someone who’s name you WILL hear on this website be mentioned VERY soon Ashley Monroe.It’s pretty much just your basic love song but it’s pretty vague at the same time, if that makes any sense at all. Just trust me on this one it’s a good song.

It sort of ended up being like the Clint Black album in that a lot of the songs sounded more modern than I care for myself but it has those iconic Vince Gill vocals that we have come to admire from Vince through the years, but the album in no way beats his early work like Pocket Full Of Gold.

I’m going to be honest folks this album made my TOP 50 already, it is amazing AMAZING. This man who plays for Rhonda Vincent And The Rage has released several good solo albums but this is one is BY FAR his best.

What’s a GOOD Country album without a slow divorce song filled with steel guitar solos and three chord simplicity well the song “The Great Divide” is truly the best written song I have heard since Kacey Musgraves. The best line in the song is “No there’s no turning back we crossed the great divide”. Just an absolutely heartfelt breakup song, that makes this album shine!

“Queen Of The County Fair” and “Girl From The Canyon” are two great bluegrass songs that are on this album I pretty much was expecting some Bluegrass songs infused with steel guitar. Some darn fine banjo picking fills this song as well as well as fine band harmonies.

“Let It Go” is another good slow moving easy religious song that was well written that tells us all to let it go and God take control. He can mend your broken heart but you got to let it go. It’s truly a great inspirational song that we can all relate to in many ways and this album is going to remain in my rotation for quite some time.

All the rest of the songs are truly awesome toe tapping Bluegrass tunes like “Prodigal Son” and “Lonesome Lesson Learned” which are also chocked full of banjo picking and mandolin solos at faced pace timing. “Mordecai” was a wandering drifter in the mountain trails who had a song wrote for him.

Cooder Graw:Love To Live By

This new album they released is actually an EP according to what I have uncovered, it’s short with only 6 songs on it. However what IS on the album is rocking good and what you would expect from this band. The title track is a slower song but full of steel guitar and rowdy lyrics by a rowdy band.

They have previously released some iconic albums and steel guitarist Danny Crelin is one of the finest in the business and has some truly good pieces on this new album. “Mexican Blues” is a good song about drugs and folks it’s a toe tapper infused with lament of an addict. Strike 3 is wearing a wire and get locked up…figures.

“Heart Of Breaking Up” is another good song on this album about being in the process of her leaving. The empty house and the aftermath of a breakup, looking rough and not trying to connect with anyone but memories. The lack of length kind of disappointed me as a consumer at least ways.