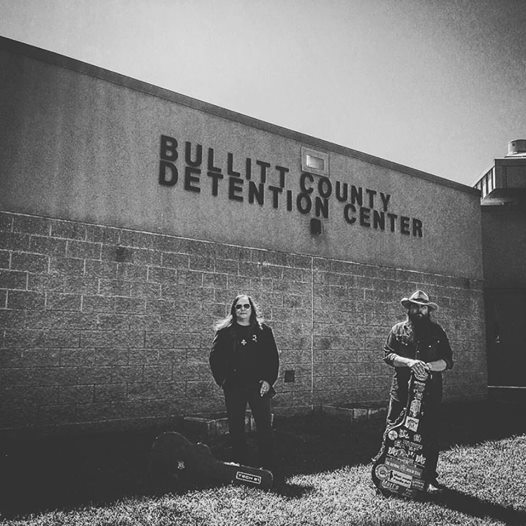 This album will be released in August 2016 and I WILL include a pre-order link on here as soon as Mr. Dallas releases it. I’m going to re print EXACTLY what Mr. Dallas texted me:

Yesterday we entered the Bullitt County Jail in Shepherdsville Kentucky and recorded a live acoustic album of my original songs. The recording is going to be very raw and stripped down with just my vocal and guitar and my guitarist Chuck Morpurgo AKA Lucky Chucky also on guitar.

We played a set that was a little under an hour long of my new and more obscure songs with some never before recorded. Brian DeBruler did the recording and will co produce with me. Onboard also is Executive Producer Bill Halverson who was the assistant engineer on Johnny Cash’s Live At Folsom Prison.

He went on to produce albums by Eric Clapton, Crosby Still And Nash, Bad Company and more. The album will be called “Dallas Moore Live At The Bullitt County Jail” and will be released on SOL Records in August 2016.

As most of you know he is also recording a new studio album right now and lately has been playing a few new songs off of it in his live shows, like my review of his show last December you can read HERE. His latest album called “Dark Horse Rider” earned a pretty high spot on my TOP 50 of 2015 last year, and his live shows are unrivaled because of his furious guitar solos and eclectic stage presence.

The Bullitt County Detention Center is located about 20 miles south of Louisville Kentucky, and he said this morning that Head Jailer Martha Knox and all the staff was very welcoming in helping this album become possible. This is the first album recorded within the confines of a prison since 1967-68 releases by Johnny Cash of iconic stature.