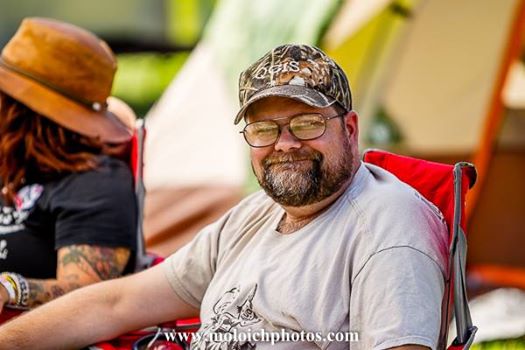 So folks you know how I do this kind of thing in bulk articles and I truly hope that these help you discover some really good bands and albums. But inside this edition of my album features I’m sure you have pretty much heard of most of the artists on this one, if not don’t be ashamed.

This first one is one that I have been eagerly awaiting for a LONG TIME NOW and it’s been well worth waiting every minute of the trip. For six years I have been waiting for this man’s fifteenth studio album thats completely sounds like it came from the late 80’s and that’s NOT a put down! He has 14 No. 1 hits, 23 top ten singles, four platinum albums and five gold records to his credit.

“Tradition Lives” is aptly named because from the very first song the album “I Got A Quarter In My Pocket” you are taken through a Honky Tonk and steel guitar infused gut wrenching album that will become a classic hands down. It’s full of fiddle and steel and slow ballads about “Is It Still Cheating”. I mean this album has all the bells and whistles of a diamond in the rough in a sea of crappy mainstream music and country rap (whatever that is).

“He and I hooked up at a time when not a lot of people had a lot of faith in me anymore because I stayed ‘country’ when the industry was going the other way,” Chesnutt says of Ritchey. “I needed somebody like Jimmy who really believed in my kind of country music.” So Mark Chesnutt has enlisted the help of Jimmy Ritchey to produce this album for him. Honestly this entire album is an absolute treasure in every way, I couldn’t find ONE negative thing to say about any of it.

It has some pretty upbeat tunes like “She Oughta Miss Me By Now” which sounds like it came right out of 1990 when Mark Chesnutt was more prominently on the forefront of the media and not ignored like he is now. Nice piano playing and backing music to a well written song that is easy to relate with. As well as the song “Hot”…I mean as I write this it is like 105 outside lately! This summer has been absolutely brutally hot and messed up the fishing….too hot to fish, to hot for golf and too cold at home?

The hardest honky tonker on the album is “Never Been To Texas” which is a true statement about beer joints and classic Country still being wanted by society today. It’s basically a shame on you Music Row people, you can keep your baseball cap wearing beach ball boppers and let us adults eat peanuts and listen to cheating songs. It’s full of more twang than any album I have heard in 2016 so far.

The album ends with a soulful ballad that showcases his voice extremely well, and honestly I noticed his form has not faltered in the years absence here. He released a truly stellar thirteen song strong album. Everything about this album has exceeded my expectations!

Rob Baird Wrong Side Of The River

I first heard of this man’s music in 2013 after his debut album “I Swear It’s The Truth” came out and met some truly high critical acclaim. I have enjoyed his music ever since and when I heard of this album I was equally happy about it, I love the direction of this album. Pretty much classic Americana music in every way, with great toe tapping songs like “Mercy Me”.

For only being 28 he has already become a prominent fixture on the Texas music scene for a few years now. “Run Of Good Luck” was the best song on the album in my opinion, I just really enjoyed the melody and the music. It is truly a well written song, however this album could have used a few more on it. It misses the mark for me at only 10 songs BUT the 10 songs that ARE on the album are good.

“Wrong Side Of The River” is a really good song I like his voice on this song and I liked the guitar tones on this song, along with the song “Oklahoma” both songs are really upbeat and real. All of the songs on this album are also over 3:30 and that’s something I really look for in my music, unless the song is not relevant for that over the 3 minute mark. “Horses” is a really good song in fact it’s probably the second best song on the album.

The album closes with slower songs “When I Go” and “Cowboy Cliche” I liked the steel and tempo of the song When I Go and the later of the two showcased his voice really well. He has a distinguished smooth voice you can pick out of a crowd of other singers.

After ten albums of mostly all original material Mr. Dallas has released an album of cover songs that heavily influenced him. I truly related to this album because those songs and artists also equally influenced me as well in many ways and it included some people that influenced me as a youth and continue to do so today.

This album is a gigantic tribute to Country Music at a whopping 14 songs of what is perhaps Dallas Wayne’s finest vocal offering yet, in the fact that this is produced really well and mixed even better. His voice has gotten better in the years and blends REALLY well with Miss Paula Nelson with “Yesterday’s Gone” and that is followed by “Sea Of Heartbreak” made popular by Don Gibson and wrote by Paul Hampton.

The album opens with “Your Time’s Coming” made popular by Faron Young and wrote by one of my favorite writers Shel Silverstein and Kris Kristofferson. That song also included Willie Nelson, but that song was followed by a REALLY good version of “Who’ll Turn Out The Lights In Your World Tonight” by Mel Street. My favorite version was recorded by Ronnie Milsap in the 1980’s.

There is a true classic Del Reeves song “One Dime At A Time” which has great fiddle solos and piano, once again Heart Of Texas Records knocked it out of the ballpark here with Mr. Dallas Wayne. Not only is his presence on XM radio stellar but his preservation of Traditonal Country Music is appreciated here on this website. Also with songs like “It Doesn’t Seem To Matter” with Country Legend Jeannie Seely this album truly beyond pleased me personally.

My friend Glenn Douglass Tubb wrote a truly timeless classic he does on this album “Skip A Rope”. Now this song was originally done by Henson Cargill in days of old..truly an original classic tune that will never go out of style to me. “Eleven Roses” brings us Miss Mona and Mr. Darrell McCall, that name McCall is a legendary name within the ranks of Country Music to me and I couldn’t think of a finer way to cover that Hank Williams Junior classic.

The album closes with a old Waylon Jennings tune “Stop The World And Let Me Off” back when Waylon was being produced by Chet Atkins when they were trying to make Waylon conform to the Nashville sound. Honestly I do enjoy some of those earlier recordings that hardcore Waylon fans don’t always like.

This album is one of Bloodshot’s finest offerings this month, I mean they have released some truly great albums this year so far and this album is NO slouch. It opens with a good song called “Alabama At Night” follwed with a catchy well written song about growing up with family called “Baby Rocked Her Dolly”. It has some really good steel folk rootsy sounds within it’s lyrics of mighty fine songwriting.

“Sarah Jane” has some impressive guitar playing in it I really enjoyed the picking it reminded me of some early James Taylor type music. You can see many influences within his soul on this album here which was recorded by Steve Albini. “Aunt Peg’s New Man” was a great Bluegrass song that shows us his Bluegrass style that he had during his tenure with the Bluegrass band “Special Consensus”.

The 12 songs on this album kind of go all over the place like the banjo filled “America’s A Hard Religion” with folk tunes and roots and Country, however it’s certainly not his well known gritty Honky Tonk Country that I identified with in his earlier work. He was and still is one of the most heralded alt-country performers around.

The last song on the album was a really good one “Fare Thee Well California Gals” I like those acoustic folky type songs full of strumming guitar and good words. I like to have to listen close to the words to read the stories within the picture. I strongly suggest this album in your collection.

Johnny Lee: You Ain’t Never Been To Texas

This album is chocked full of new songs from a Country Music icon from the Texas scene Johnny Lee. It opens with a really awesome western swing song called “Lonesome Love List” and another great song is “Who’s Left Who’s Right”. The song is full of great steel guitar sounds and some rock guitars as well.

I really didn’t care for the song “Deep Water” but that negative feeling was quickly redeemed by the song ” Never Been To Texas”. That song really painted a fantastic picture in my head and that is what I look for in a song. I think a song is paint and your mind is a canvas and I want that song to paint a vivid picture for me.

“Good Lovin Woman Bad” is a really awesome rocking more modern sounding song which the last half of the album is filled with like the politically incorrect song “Bullets First”. I am truly satisfied with this album and I hope he offers more new material in the coming years, however it’s not on my top 50 list. It is within honorable mention though.