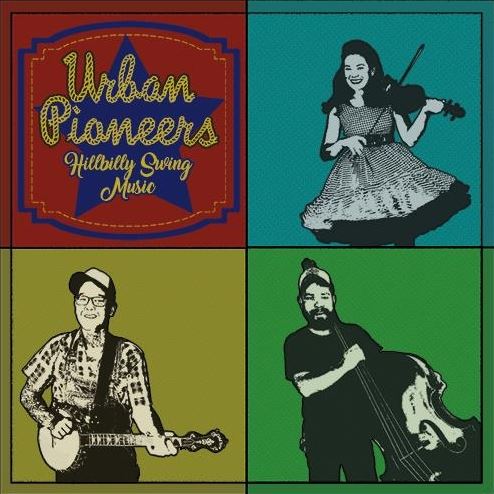 jwoutlaw81@gmail.com
Hello everybody this is Gary Hayes here, and I would like to share with you this piece of information. ANYONE that would like to submit their albums to Gary Hayes Country please send it to the proceeding email.

Many bands are settling into their sound by their fourth studio album, but not the Urban Pioneers. Hillbilly Swing Music finds them continuing to refine their skills at western swing and country. This album still features the bluegrass and roots heavy sound you know and love, but they are also venturing out into other sonic landscapes.

Jared McGovern’s singing and songwriting has greatly improved and he feels right at home no matter what style of country and western he is performing with this band. Liz Sloan also feels more comfortable featured as a singer on this album. Her fiddle playing is as always one of the best parts of the band, and as always the upright bass duties are well played by Martin Sargent.

The title track sets the tone off right. It is one of three to feature pedal steel guitar work from Burton Lee. It’s a very dance able track that lets you know what you’re getting into from the start. “Run Little Rabbit Run” is a song that is more in the bluegrass tradition and it is in fact a traditional song that Jared wrote his own words for. It works and is one of the album’s many highlights.

Another favorite track of mine on this record is the light and fun “Kitty’s Favorite Day”. If you have ever owned a kitty, you know this is a true story, as silly as it is. I love how it’s fun and playful. The track is also one of two to feature the honky tonk piano styling of Basil McJagger. Another good track is the slower song “Tortured Orchard” which features the most diverse instrumentation for the Urban Pioneers yet with a dobro, a trumpet and a trombone. For all the diversity on this album, the Urban Pioneers didn’t forget where they came from. This album features plenty of songs that have the roots heavy Urban Pioneers sound you know and love.

A lot of bands tend to go stagnant by the fourth album, but the Urban Pioneers aren’t falling into that trap. They are continuing to refine their varied musical styles. This album ventures further into western swing than they have before with new instruments featured on the album to accomplish this. At the same time, they are remaining true to the sound they’ve always had and remain a roots heavy band with blistering fast banjo playing from Jared McGovern and some amazing fiddle playing by Liz Sloan. With Martin Sargent on bass, Urban Pioneers are a force to be reckoned with whether you’re hearing them on an album or live.