ALL NEW Boxcar Willie DVD On The Way. 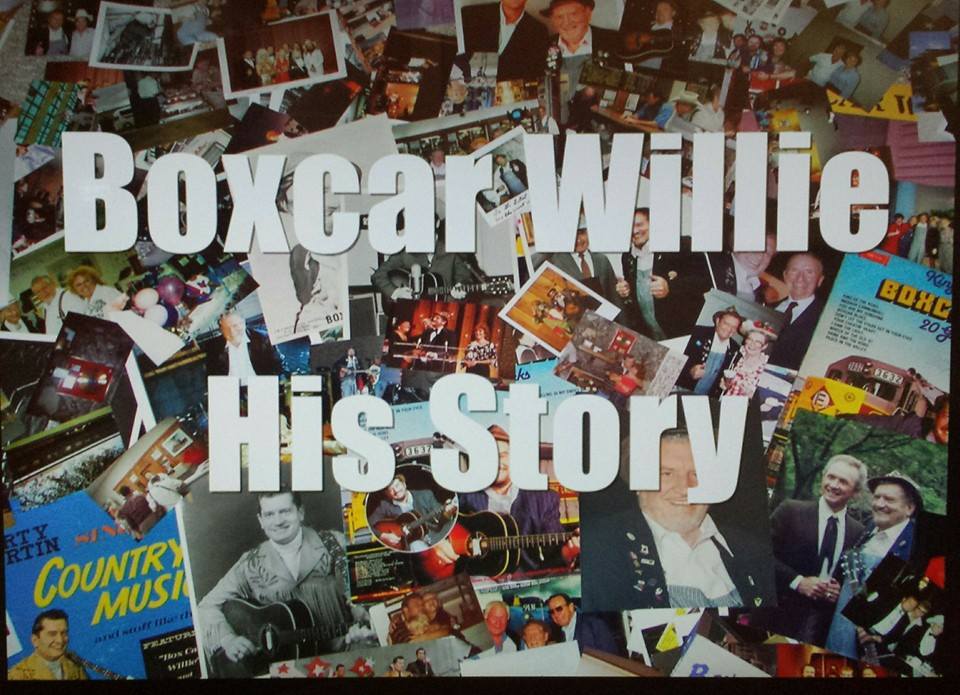 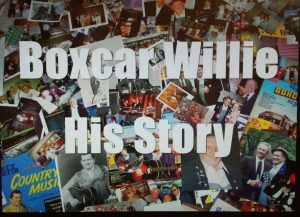 Folks I spoke via social media with the family of Lecil Travis Martin AKA Boxcar Willie
this past week about a REALLY cool project that I think you will LOVE.
He became the 60th member of the Grand Ole Opry and performed MORE than his required dates.
I want to say this about him..I know he struggled to play “Country’s Family Reunion” that last
time. He was very very sick and he went out and NAILED IT giving glory to his Savior all the way.
Boxcar Willie was more than just our beloved hobo..he was part of our hearts..writing this is making
me cry I loved him very much.

Originally Boxcar Willie was a person in a song he wrote but later on in life he brought
that man out on stage and the public became in love with him.
He was the master of the self made train whistle moan and NOBODY…I mean NOBODY could
copy it. It is copied today by Outlaw Country artist Bob Wayne and was used
by a few others I could name.

He was born September 1st 1933 in Texas and in 1949 he joined the Air Force as a pilot and an engineer.
He was sitting at a train crossroad and saw a man sitting in a boxcar and someone said ‘There Goes Willie”
and he wrote a song about Boxcar Willie the singing hobo.
It eventually became Lecil’s nickname and I never found out what year he actually BECAME Boxcar Willie but
he won a talent show in California bearing the name and outfit.
His son told me that he painted on his beard with grease because of his service at the time.
He donned the overalls adorned with buttons and the flop hat that he often tipped by flipping three times
to the audience.

He became introduced into the mainstream public through a time life record collection on television
and the public absolutely adored this loveable tramp from the trainyard.
I remember Roy Acuff introducing him as the “Tramp From The Trainyard” on the Opry..he was
a truly beautiful man. And on March 1st 1981 he became the 60th member of our beloved Opry.
He went on to topple the sales in albums and tapes and showed the industry that an old
hobo was wanted.

In 1985 he moved to Branson and became one of the first torchbearers of the Branson growth.
He performed there until April of 1999 when he was called home to Heaven from a long battle with
leukemia.

His son has been working on an ALL NEW never before seen footage DVD and include a CD
This from his Facebook Page:
I want to tell all my Facebook friends that I’m working on a brand new DVD of my dad that will
feature never before seen footage and songs of dad in concert from around the world as well as
pictures and stories. I’ve been working on this for the past six months and am very excited and
cannot wait to unveil this. I am also including a CD to accompany this DVD and it will be available
to my FB friends FIRST before it is released to the general public. ( even though FB is the general public)
you get the idea though.

This will feature performances with the grease paint for his beard, and will include
everyone from Roy Acuff to Garth Brooks and even the President Of The United States.
Now I havent found out the date or the price yet as it’s still being made so you’ll
have to wait on that. But THIS is news NO OTHER WEBSITE has, I promise you that.
Boxcar Willie died with more dignity and love for Jesus than any other Legend PERIOD.
And he showed the world an overlooked underdog was a true HERO.