Another Next Generations Show. 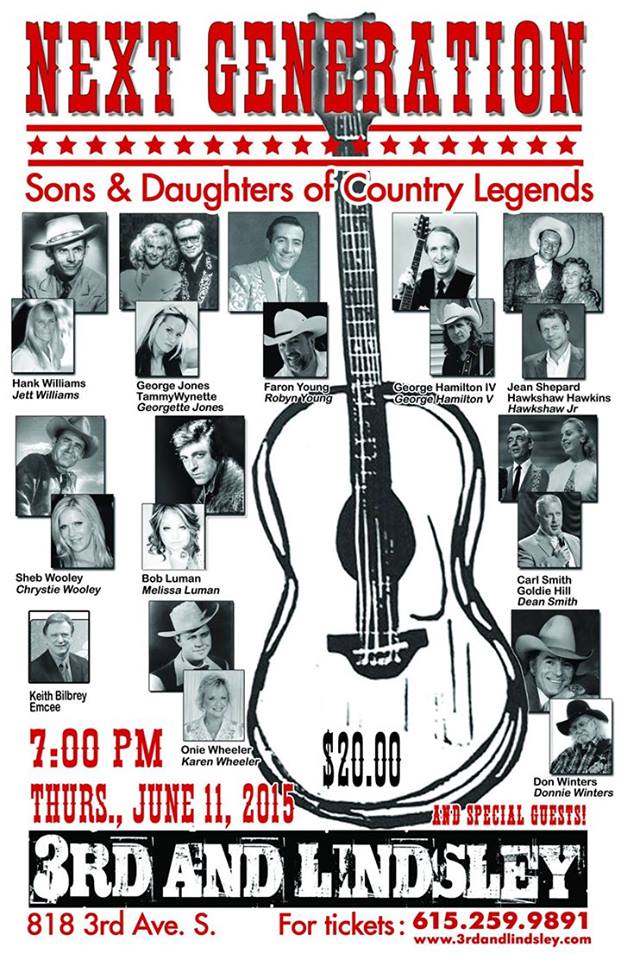 On Thursday June 11th 2015 at 7PM at 3RD And Lindsley there will be another Sons And Daughters Of Country Legends. This is the third edition of this very successful show that has been generating a good turnout, and is loaded full of great talent. I’m sure for 20 dollars at the door you will have some mighty fine entertainment for that entire evening.

And Keith Bilbrey will be the guest emcee for this event and It’s being held at a very nice venue in town. I have featured many of these children of the Legends many time on this website and if I can cover this show I certainly will be there.

Donnie Winters has been a close friend of mine for over ten years now, I still miss those southern jam days out on the farm. Ernie made the best corn on the cob and pulled BBQ and his father Don Winters always had a stellar set he did. I remember him doing “Jambalaya” in his yodeling fashion..timeless! He has been a staple piece of Volunteer Jam history on the first few albums. I also have a bunch of Winter’s Brother’s albums and CDs.

Georgette Jones…man what can I say? Her and Mr Jamie Lennon are two of the best things to happen to Country Music in the last ten years! He is a top notch steel player! She’s got a voice that is awesome, and her albums are VERY nice. Heart Of Texas Records is making some noteworthy recordings in the past few years for sure.