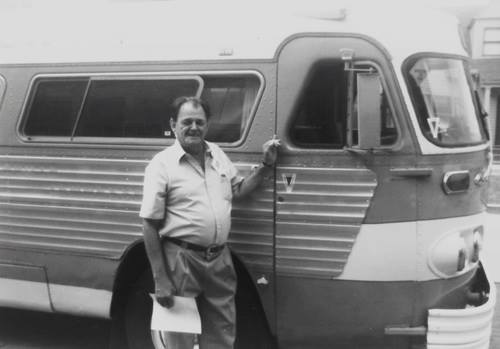 Tonight I was going to listen to some David Allan Coe records and go to bed early, and I got an email tonight that longtime Bluegrass manager and Pioneer has died at 85. This man exemplifies a true Bluegrass Legend and has completely immersed himself with the genre until his death. He pretty much brought Bluegrass to the mainstream from the business side of things, and I know a LOT of performers wouldn’t be where they are today without this fine man. He was one of the most knowledgeable individuals I have ever talked with and I was amazed at his knowledge.

He was born in Tignall Georgia in 1930 and like many he listened to the Opry having joined the listening ranks right at it’s birth in 1925 when Uncle Jimmy Thompson was prevalent. He was influenced by Bill Monroe and his Bluegrass Boys and was a bunch of their shows in 46 and 47 when Chubby Wise was playing fiddle for them and as a result developed a deep love for the fiddle.

In 1952 he began to study business and accounting until 1966, and in this time he was a major groupie for Flatt And Scruggs. He began doing taxes for Lester Flatt and developed a partnership with Louise who was Lester Flatt’s manager. He became the manager in 1969 when Lester Flatt got a divorce and after his death in 1979 Mr. Lance worked for the Lester Flatt estate. In 1972 he arranged for Marty Stuart to complete high school through the mail so he could come to Nashville and play for Lester Flatt.

He brought forth the legendary Bluegrass band The Bluegrass Cardinals and he wrote “Sailing For Glory” in 1980. He was their booking agent beginning in 1978 and for two decades they graced stages before disbanding in 1997. He also managed Jimmy Martin, Del McCoury, The New Coon Creek Girls and many more. He was personal agent to Business adviser and much more to many people and got Rhonda Vincent her first festival bookings as an early member of the Sally Mountain Show. In 2009 his agency managed Bobby Osbourne and his Rocky Top XPress, Jimmy C Newman, Mike Snyder and many others.In 2000 he was inducted into the Bluegrass Hall Of Fame,and in 1994 he was accredited by the IBMA for business.

Service arrangments have not yet been announced.