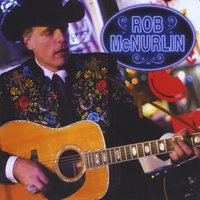 I’ll be honest folks this article will be difficult to focus on the main portion of this article which is the music on the album because of the people and history involved. This past week Mr. Rob McNurlin mailed me a copy of his new Gospel album produced by Kenny Vaughn called The Gospel Guitar.

First I’ll tell you the story behind this album and WHY it is so special to Country Music as a whole, other than the fact it glorifies Jesus. I don’t normally promote my religion or politics on here as much, however I am a devout Christian myself. Thus I have many friends of many faiths and some with no religion at all and I love them the same, and I myself believe (and practice) that policy. I myself do ALL things to his glory and this album does just that in many ways. It also glorifies my other passion…Country Music.

It all revolves around Mr Chance Martin, AKA Alamo Jones AKA The Stoned Ranger who was dubbed the “Voice In Black” by his boss Johnny Cash. Chance Martin worked for Johnny Cash in 1969 as his cue card man and basically his right hand man. The television series began in 1969 and ran for 58 episodes into march of 1971, ironically Bob Dylan wrote a portion of his song “Wagon Wheel” backstage during the Johnny Cash show and it was finished by the Old Crow Medicine Show.

As a token of his close friendship with Chance, Cash gave him his Martin D35 Gospel Guitar that Chance Martin used to write his first song on “Loser Til You Win” which was published by the House Of Cash in 1969. He continued to work for Cash until 1977 when he began his own path that lead him to contribute many things to Country Music. If you want some interesting stories about Nashville of old look up his recording space called “The Dead End”.

Fast forward some time now and Chance Martin decided it was time to give this guitar to Rob McNurlin and it gave Mr. Rob the inspiration and courage to finish this idea he had been tossing around in his head of a Gospel album. He stated on the album that he went to Mississippi and retired in a hotel room where he finished many of the original six songs and two Traditional songs on this album.

I’ll stop again just a moment and tell you another reason I like him so much and that is he takes good care of one of MY heros, steel man Kayton Roberts. You know what folks I’ll say this again, Country Music has three major pillars of it’s foundation. The producer and the songwriter and the Steel Guitarist if you have all three you have a classic album the likes of “Red Headed Stranger” which in my opinion is the greatest album of all time. And in this case you do have all of those and more.

Kayton is one of the most precious Steel Legends we still have with us today and a lone left piece of the Rainbow Valley Boys who backed the great Hank Snow. He also played steel on one of my favorite albums by Hank 3, “Risin Outlaw” and his follow up album “Lovesick Broke And Driftin”.

The song “It Was Jesus” was a direct of the influence of Cash on this album, heck music wise it sounded like Cash and the Tennessee Three played it themselves. And then you have the truly awesome version of “Honey In The Rock” which has some truly fine steel guitar work on it.

There is a small portion of “Talkin Gospel Guitar” with Chance where he will tell you a brief story of why he gave this guitar to Mr. Rob, however when you have this album in your hands (which I highly suggest) you will truly see why. “On The Rock And Roll” is a live song that was the finale of the album and it was one of my favorites.

Here is the complete track listing.