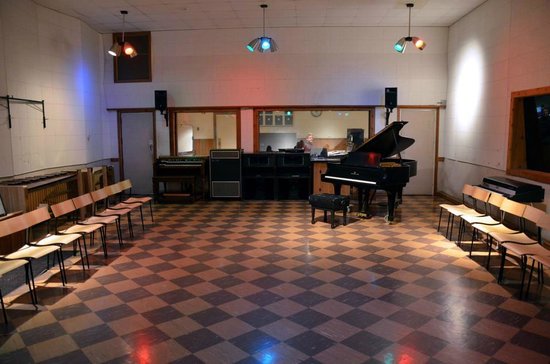 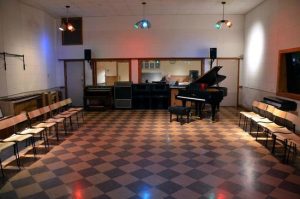 It’s official! Muddy Roots Records has been granted a rare chance to take over the historic RCA Studio B for 2 nights to record original 1950’s Rockabilly Legend Billy Harlan. Full details coming soon ,A big THANK YOU goes out to the Country Music Hall of Fame….Folks just a few days ago THIS IS what I read on one of Jason Galaz’s Muddy Roots websites. Mr. Jason is the CEO of what is slowly becoming one of the most prominent and powerful forces for REAL Country music in Nashville and that is Muddy Roots Music.

Rockabilly Legend Billy Harlan will be once again playing at the 2016 Nashville Boogie which will be taking place at the Opryland Convention Center again but this time it will involve more of the Nashville Palace. That will be a positive thing because I had service problems with the side bar shows this spring. AND PLUS this year there is a NEW twist surprise Mr. Jason has not announced yet…We will be taking over the GRAND OLE OPRY STAGE for the finale on Sunday night. This will be a BIG HUGE ACT announced SOON and trust me he’s NOT playing games with Music Row.

He has released a few of the Boogie act lineups and although I have the add on the sidebar, I do not plan on covering festivals until the week of Christmas because I literally have hundreds to release. It’s going to be a HUGE MAJOR project of epic proportions this spring. I’m also working on my “Top 50 Albums Of 2015” Which Muddy Roots Recordings currently has one of the TOP 10 Spots on, unless a REALLY GOOD album gets released and knocks it off..which I doubt. I shall ALSO release some information about the spring Weekender which is another of the festivals he puts on in Nashville Indiana along with the main fest in Cookeville Tennessee.

So enough chatter let’s talk history and what Muddy Roots is doing and how it is relevant to the history books shall we? I’m still in the contact stages with Mr. Jason and he told me tonight that it will be a lot of old songs that have been shelved for AGES and will be recorded in one take old school style. And this a rare opportunity that the Hall Of Fame and Mike Curb is allowing because Curb owns the building.

RCA Studio B was and is famous for ONE THING (among many) The Nashville Sound of era the 1960’s that coexisted with the Outlaw Movement. It was (in it’s time) a sort of pop country if you will, while CERTAINLY NOT hokey and fake like today’s pop country…it was mass produced and manufactured to sell to the same target demographic of today’s pop country. I have heard many stories and read many books by steel guitarists like Hal Rugg and Fiddle Players like Hoot Hester whom were not needed by people like Marty Robbins because they were busy recording “Nashville Sound” songs which didn’t require them. Many people are misguided into thinking songs like “White Sport Coat And Pink Carnation” were classic country when in fact it was (for it’s time) pop. NOT that I’m bashing it I LOVED Ray Price string band recordings and even Kenny Rogers but it wasn’t Traditional Country.

However the Nashville Sound revived Nashville as an epicenter of recording and music, and it generated MILLIONS of dollars despite the Outlaw Country’s killer blow to the industry in 1976 the year Shooter was born when Wanted The Outlaw became the VERY FIRST Country Music album to sell over 1 million and become what Billboard crowned “Platinum”.
Shortly before Patsy Cline’s early 1963 death she sold out the famed Carnegie Hall when on the other side of the coin the Outlaws were selling out smaller venues with larger talent packages often times involving up to ten artists. This was done because of the irresponsibility of the acts not always showing up or showing up unable to play.

Still Studio B holds historical honor within the halls of time and the hearts of people like me. It was built in 1956 by Dan Maddox under direct supervision of Chet Atkins and cost around 47,000 to build. It is said that the plans were drawn up on a diner napkin at Linebaugh’s diner on Broadway by Bill Miltenberg and to this day it is said Marty Stuart owns the napkin but nobody has actually SEEN this piece. Now Studio A was on 17th avenue and this was always considered Studio B.

Don Gibson recorded “Girls Guitars And Gibson” at the famed studio and Dolly Parton wrote about the studio in her book and said she accidentally drove her car into the side of the wall. She also wrote that Bobby Bare burned a hole in their couch after falling asleep with a lit cigarette (which he was known for doing). In 1977 the studio was made commercial to the public for tours and opened for tourists.

Billy Harlan was more of a Country AND Rockabilly Legend having contributed to both, and he has done SO MUCH for both genres I could write about him for hours. He was from Muhlenberg County Kentucky in my area and was born in 1937, and along with people like the Everly Brothers, Merle Travis, and Kennedy Jones (who wrote the Cannonball Rag) helped make music history. I studied him in the past because in 1943 he had a radio show in Rusellville Kentucky on WRUS and I spent a few weeks at the Hall Of Records researching it. He was the first in this area to spin Ernest Tubb in his prime.

In 1954 he was in a band called the “Melody Ranch Hands” and in 1955 they played on a radio show in Central City Kentucky, and earlier that year Hawkshaw Hawkins and Jean Shepard were on tour in Kentucky when their bus broke down after a show in Owensboro. Billy was hired to drive Buddy Killen back to Nashville and upon talking to him he was hired to join Ray Price and Billy became a Cherokee Cowboy.

In 1956 he and Hawkshaw co-wrote a song called “My Fate Is In Your Hands” and after his cover of an Autry Inman song that song became Hawkshaw’s hit. He also became a member of Jim Reeve’s band the Wagonmasters and in 1958 he recorded two of his more rockabilly songs and wrote one for the Everly Brothers. In the 1950’s a few of his songs he cut for RCA that stayed in the basement even though they were issued on Bear Family Records.

In the 1970’s he wrote the B side “Natural Woman” which was the other side of Johnny Russell’s “Rednecks White Socks And Blue Ribbon Beer”. He is Chairman of The Board of the Merle Travis Music Center to this day.