Ben And Noel Haggard Carry On The Strangers. 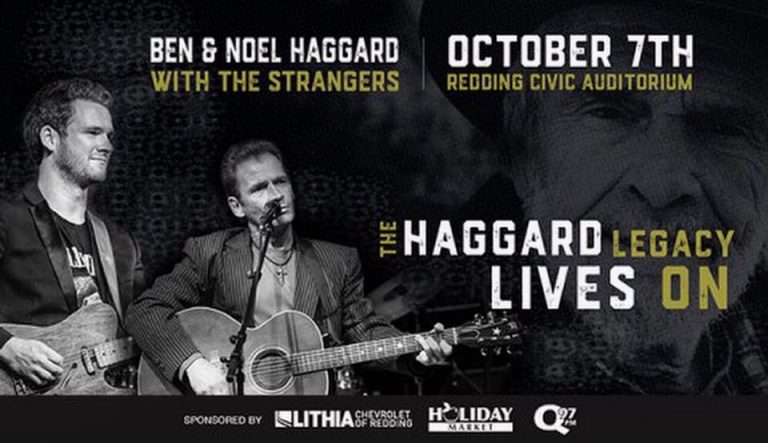 On Friday October 7th two of Merle Haggard’s sons will be doing a special California show with their legendary father’s band The Strangers for an evening of celebration of Classic Country songs that Merle Haggard made famous. Now these two brother tour together ,Ben having already played lead guitar for the Strangers when Merle was alive. Now they are both playing the remaining shows Merle had booked with special care.

Ben began playing with his father at age 15 and has been a member of the band ever since, and has played on a handful of Merle albums. He also took the stage recently as one of the Highwaymen at the Grammys in 2014.

One of the greatest things about this whole show will be Norman Hamlet on that steel guitar, playing all those classic Merle songs with the band. I’m hoping they continue this show and tour with more shows nationwide. And if any more shows are announced I promise you I will include them on this article as well as this one.

You can purchase tickets for this event HERE.