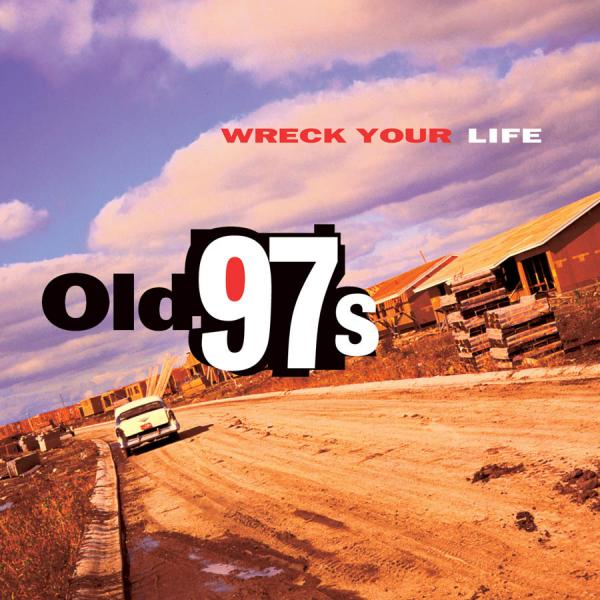 Bloodshot Records up there in Chicago is an iconic record label, hallowed immensely by fans of underground music like myself. Also, the bands that have paved the way for a lot of the Roots and Americana bands that inhabit the corner beer joints and major venues has been immortalized on the Bloodshot Records Label.  Old 97’s are one of those bands that blazed their way into the history books on the Bloodshot label alongside bands like Split Lip Rayfield, Wayne Hancock and the Bottle Rockets.

Now Bloodshot has re issued their classic 1995 album Wreck Your Life that brought them out to the masses before they moved onto Elektra Records and other labels. As far as I am concerned this album was one of the BIG cornerstones of Roots music that turned me onto whatever you want to call the music. You can pretty much label it whatever you want I just call it good music and my youth.

Rhett Miller, Ken Bethea, Murry Hammond, Philip Peeples who started out in Dallas Texas around 93-94 have been the staple members of this band ever since. You can see them perform this year on a festival I have yet to make an article about BUT WILL called Old Settler’s Music Festival in Texas this spring. Also they have a forthcoming album this Feb called Graveyard Whistling and they will be touring in support of their eleventh studio album as well in 2017. This from their website:

This band is one of the few bands that have twenty plus years together that have no lineup changes within their ranks and that makes them pretty high up on my love list of grandfather bands that many of today’s bands looks up to. if there was a museum for Roots music this band would be one of the forefronts on the list for sure. Their live shows are also equally regarded as some of the best the local venues have to offer, despite the fact that they boast no rehearsal of their performances nor do they claim having a set list as their 2005 offering Satellite Rides recorded live at Gruene Hall in Texas proves.

Finally their County Fair music festival that came to downtown Dallas Texas was well received by thousands of people and bands. They brought a big old Ferris wheel, carnival games and music the likes of Justin Townes Earle, Deer Tick and Robert Ellis.