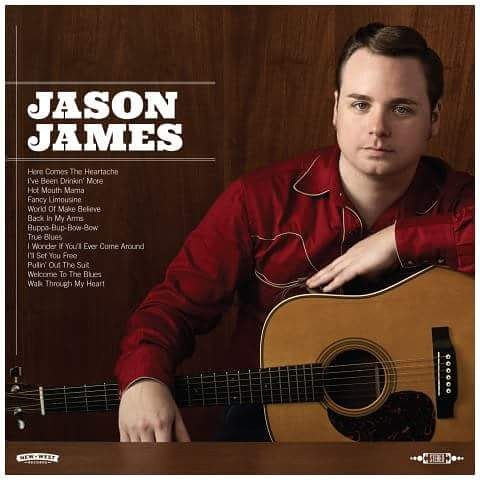 I am always always always looking for new albums on the internet and other outlets from underground bands and local music in my area. Sometimes I accidentally stumble upon new releases like one of the ones I’ll touch on in a few moments and some of them I been waiting on for quite some time like the first album I’d like to feature..

John King And The Mud River Revival: Write The Wrongs.

I met these four guys at the Spillway last year as they opened for some other bands and artists and I really enjoyed some of their songs and wrote some articles for them in the past you can read one of them HERE. They are one of the best local bands in the Bowling Green Kentucky area in my opinion, and it’ll be enjoyable to watch them grow as a unit. I’m hoping with this release they’ll play some Nashville and Tennessee shows and in the future hit the festival circuit.

This album sounded pretty good production wise and it has twelve songs on it which was pretty reasonable for the price. It’s gritty down home Southern Rock and Country music that has a good flavor of Honky Tonk mixed in. The best song on the entire album is one they shot a video for called “Man On The Mountain” which is a well written song about us types of reclusive backwoods folks that just do not get out much….yep.

There is a old recording of his grandparents performing from the 1950’s and that was REALLY interesting for a history buff like myself who devotes his entire life to studying music from that period when Hank Williams was taken home to Heaven and the Honky Tonk Country was in it’s prime.

“Blame Me For The Bad” is an outright jam in it’s own right and all of the songs on this album were wisely chosen to build quite a good playlist of faster and slower songs, like “Drag The Green River”. Even though the song was slower in tempo it is still a foot stomping three minutes of guitar badassary. I enjoyed this album a bunch and look forward to supporting them further in the future.

The Tennessee Slicker Leroy Troy and his group of crazy countryfolks are some of the funniest and entertaining bunch to play music for you. And this new album of covers and original material does NOT disappoint. It’s also a whopping fourteen songs of Country and Bluegrass classics like “I’m My Own Grandpa” made popular by Louis Marshall “Grampa” Jones.

Another truly awesome cover song on this album was “The Bridge Washed Out” by Warner Mack. Not a very popular song commercially but it is indeed a good song if you are a history buff like me. It is a special project for the band, one that’s been long planned and meticulously created. Writing and recording took a backseat when founding member “Lonesome” Lester Armistead, father of guitarist/singer Mike Armistead, was diagnosed with cancer. The amiable senior Armistead with the piercing tenor lost his battle in early 2014 and it is in his memory that the new album tips a hat.

These guys are a lot like Riders In The Sky because they play with precision and grace but they also include slapstick comedy and funny noises that makes people laugh. Their shows are vastly hysterical! The album itself is also named after a real place that is now owned by Lester’s son Mike and was recorded with analog tape at Fry’s Pharmacy in Old Hickory Tennessee. This album includes a really awesome and seven minute long cover of Waylon’s song Lonesome Ornry And Mean wrote by Steve Young.

Folks I really had a hard time with keeping up with YMSB when they split ways with lead picker and founding member Jeff Austin but doggoneit this album was pretty good! Allie Kral on violin was a good addition and she has a REALLY good voice, you can truly hear Allison Krausse’s influence in her voice on “Love Me Before You Can’t”.

Almost all of the songs on this album are well over the four minute mark, which is not always the norm for bluegrass music but when it is it usually means ONE THING…Killer solos! This album truly does not disappoint in that aspect either as it has some really good banjo rolls and mandolin solos despite Jeff’s absence.

The title song “Black Sheep” was a pretty good jam in itself and the longest song on the album is called “Around you” at almost seven minutes so needless to say it’s not a very fast paced song. Sadly there has never been a big huge commercial market for Bluegrass Music in the industry’s opinion. In mine…I’d choose Ricky Skaggs over just about fifty percent of anything else. YMSB isn’t one of my all time favorite Bluegrass bands but they are no slouches either!

DAMMIT NOW THIS IS COUNTRY MUSIC! In fact I have TWO albums on this article that are some bad down home Honky Tonk music. I been targeting this man’s music on my radar for quite some time now and he has a top notch steel guitarist, I’m NOT kidding folks his band is REALLY going to make you want to drink and smoke!

I’ll be featuring his set during the Muddy Roots Music Festival and perhaps one more festival considering I can make it. “Can’t Feel Love” has well written lyrics hell the whole album is well written pop and twang the radio shuns but the people crave. That whine in the background of the song “Dreams Don’t Come True” is something I haven’t heard in quite some time. The style and sadness of his band is straight out of the late 1970’s….that’s a HIGH compliment.

“Honky Tonk Moan” is a song that should have been wrote a LONG LONG time ago and this man should be gracing the Opry stage not the junk that’s been featured on the main portion lately. This album is certainly one of the top ten albums of 2015 in every way! “Fool Of The Year” is a rabble rousing fast paced song that came right out of the bar room…it slows down during the bridge and is full of double stops on the fiddle.

This man’s writing style picked up directly after the classic songs from the era he emulates and it is extremely refreshing to have people like him around. I’ll be featuring his music as much as possible people this guy needs to be around for many many years!

The Tallent Brother: Back On The Old Stuff

I met These guys at a festival last year and they loaded me up with so much merch and handshakes that I been waiting for these guys to put this record out. It’s a little different than “just” Country it has it’s own sound and I truly enjoyed this album because they aren’t trying to copy anyone or sound just like someone else. These guys are downright friendly folks that play a lot of shows for the Last Honky Tonk Music Series. I don’t get to follow the series as close as I used to because it just doesn’t come close enough for me to catch shows on a regular basis so I’m glad I got to have this album.

Quite a few of the songs on this album were really well written like “When You Need Me” and you can tell in their lyrics that these two guys worked their butts off to get to the point they are at. They certainly can’t do anything but keep going and keep writing their own music.

This album will for sure be added to my constant rotation and I’ll continuously enjoy songs like “Mallery” and “When You Need Me”. They need to keep going because the amount of heart that was put into this album in itself is well worth buying this album!

I stumbled upon this young man by accident on an underground music website and it took me about fifteen minutes to pick my jaw up off the floor when I heard this album. THIS IS the BEST written song I have heard all year, It’s called “I’ll Set You Free”..CLASSIC sounding Honky Tonk Country straight out of Austin Texas. And YES folks it’s the good stuff you will not hear on your radio.

This young lefty has a TOP NOTCH BAND with fiddle and steel that REALLY REALLY accommodates his twangy Bakersfield type voice. I would pay TONS of money to travel to see this man’s music live! I would rave for hours about this man’s live set, I cannot believe I have never found out about him sooner. This is his debut album and it JUST came out on New West Records.

“True Blues” is a old timey sounding two stepping song with paintbrush drums and beer drinking lyrics that sound like someone like Hank Thompson wrote! This album features thirteen damn fine songs on it and there isn’t one song on it that I didn’t think was not top notch.