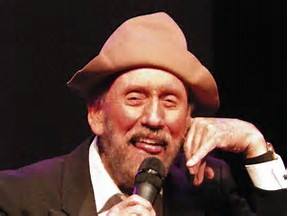 For many many years Country Comedy Legend Ray Stevens has brought laughter and smiles to the halls of venues all over the world. He plays the Grand Ole Opry and Branson equally often and I even witnessed him perform at a few festivals in the past. This above video is form his 2014 film Campin Buddies with Green Acres star, Tom Lester and many other wacky characters make this a funny film. He closed his Branson Mo theater in 2006 and sold it to RFD TV, and began playing his political songs.

He isn’t always for everybody that cannot look in the mirror and laugh at themselves and their own beliefs as he unleashes a barrage of political and religious humor upon the world of Country Music. Ray Stevens in truly one of the last REAL Country Music Comedians left the likes of Jerry Clower, Speck Rhodes and Minnie Pearl have all but been called home to Hillbilly Heaven. If you had a childhood like mine then the name Jeremiah Peabody is very familiar, or the phrase DON’T LOOK ETHEL…or ARE YA NAKEEEEEED?

To be honest Ray Stevens never slowed down at all, and as he celebrates his 78th birthday he appears to be upon another zenith as he announces the legal documents needed to proceed construction of his planned 27,000 square foot entertainment center called “CabaRay” which is slated to debut late 2017. This center will contain a 700 seat auditorium for live shows (of which he WILL book other acts) a dining area full service kitchen, three bar areas and gift shop.

Recording wise we haven’t heard from him since 2015 as he released “Here We Go Again” which included this song
“Taylor Swift Is Stalking Me” which was originally intended to be a part 2 to “It’s Me Again Margaret” but was directed away from that one as he just didn’t want to bring back Willard McBain  to us.

However many people didn’t know the serious side of Ray Stevens as he signed to Monument Records and recorded the original version of Kris Kristofferson’s “Sunday Mornin Coming Down” which became one of the first two charting hits Ray Stevens ever had.  He did production work for many stars the likes of Dolly Parton and Patti Page and Brenda Lee.

In 1973 he released his most popular hit “The Streak” which was a commercial juggernaut at the time with merchandise sales topping almost 1 million and his other most popular song “The Mississippi Squirrel Revival” which was inspired by a true story. “I Need Your Help Barry Manilow” was another very successful song foe him as was many others. His live shows often contain purposely hokey and out of date props and costumes intended to look redneck and poorly crafted, he continues to perform and you can see him on the Opry in June.