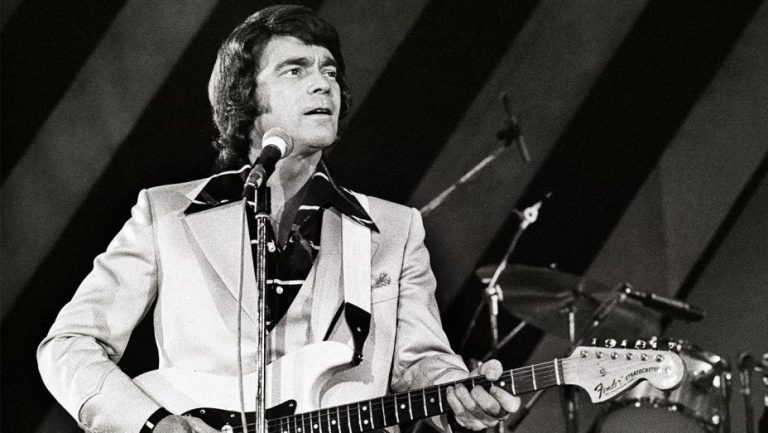 A lot of websites will most likely be writing about the legendary Country Music variety show host Mr. Ronnie Prophet, who died yesterday at age 80 in Florida following a bad heart attack. He remains embedded deeply into my youth as I grew up watching television shows like ‘The Ronnie Prophet Show” and “Hee Haw”.  He established himself at the famed Nashville Carousel Club in the 1970’s, and after the late 80’s, he joined the many Country Music Legends that built Branson Missouri into the Country Music mecca of the mid American area.

However Ronnie Prophet was raised and grew up in Canada, and got started in local clubs. He made his television debut on a show called the “Happy Wanderers”, and then appeared in Montreal nightclubs before coming to Nashville in 1969.

As a recording artist in the 1970’s Ronnie Prophet recorded twenty seven albums, and five of his singles reached the Billboard charts. His highest reach on the charts was his 1975 single “Sanctuary”. He also hosted the Country Music variety show called the Ronnie Prophet Show in 1974, but it only lasted one season featuring eleven episodes.

However the reruns became a 1970’s mainstay on the youthful TNN during cable TV’s youth, and I vastly credit The Ronnie Prophet show for proliferating the Outlaw movement as he featured Hank Williams Jr. and George Jones among many others.

He toured and opened for Country Legend George Jones in September and November of 2005. He was inducted into the Canadian Country Music Hall of Fame, and will be laid to rest in Florida where he resided in later years.

Prophet’s widow, with whom he recorded several duets including 1984’s “If This is Love” and 1985’s “I’m Glad We’re Bad at Something,” said in her Facebook post that his sense of humor sustained her through the years.

“Chet Atkins music was playing softly in the background till he left us for his heavenly home this morning at 8:40. He loved life, and friends, family and his fans were so important to him,” she wrote.

“His passion for music was part of who he was and it was always his wish to keep people smiling wherever he went. Thank you for all the kind and encouraging words. I will continue to read them and they will help my grieving heart of losing him but knowing that he was loved and will be missed by others. God bless you all.”