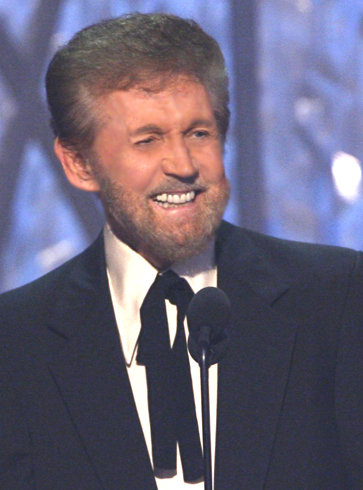 Sonny James was one of the few Country Music Legends I have never met and I was never around him, but that fact alone had no bearing on my love and admiration of his music. Honestly, a point I often raise with those that often bash and scorn “pop country” (and honestly I have had my own tirades) is that in the 1950’s and all through the years some of these men and women that sang Country also sang pop country of their time…Sonny James was one of them. His sound and style often crossed over to the pop realm of his time, but I also cover the argument that the pop country of the 50’s certainly was not the packaged horrible overproduced butt wiggling that exists today.

In fact Sonny James was one of the ones that was credited with ushering in the “Nashville Sound” of the late 1960’s, and era that I have been heavily studying. This was the era that was answered by another branch of Country Music, the Outlaw Movement and in fact both branches of Country competed for sales.

Sonny James was born James Hugh Loden on May 1st 1929 in Alabama, and he began performing at an early age. His entertaining took a short lapse when in 1949 he was sent to Korea as part of the National Guard however he was sent home a short time later.

Back in Nashville his roommate the Legendary Chet Atkins who pretty much pioneered the Nashville Sound altogether strongly suggested to Legendary producer of Capitol Records Ken Nelson to sign James Loden. Ken Nelson suggested that in order to not be confused with some other stars of the time to change his name to Sonny James, and that’s how the name was made.

Through the short time he began recording he was noticed as a quiet and humble man and possessing a wide array of mannerisms that earned him the nickname “The Southern Gentleman” by his peers. He began to record for Capitol Records in 1950 with his first single being “Short Cut” which wasn’t well embraced, however his fiddle skills were and he began playing fiddle for Jim and Jesse McReynolds so fondly that after his tenure with them they couldn’t find another fiddle player to rival his style.

His next single for Capitol was “That’s Me Without You” and that one was embraced by radio and others however chart wise he never scored many hits until 1957 when his ballad “Young Love” hit both the Country and Pop charts high up. With it’s polished sound and production it pretty much was one of the backbones for the Nashville Sound.

Throughout the 1950’s and 1960’s he was a regular on the Ozark Jubilee and had a star on the walk of fame. He was invited to join the Grand Ole Opry in 1962 and in 1965 he rivaled Buck Owens as the biggest star on the Capitol roster, although in the early 1970’s upon the death of Don Rich, Buck Owens was pretty much halted.

In 1971 he made a cassette tape for the Apollo 14 space crew to listen to and in return he was presented with an American flag they brought to the moon. He also produced many albums for people in the 1970’s and in 1972 he was brought over to Columbia Records by none other than Clive Davis and although he only remained on that label until 1979 he recorded the greatest album of his career for them called “In Person In Prison”. That album was actually recorded in the Tennessee State Prison with some of the prisoners playing on it.

He retired form the music business in 1983 until he was brought back to the spotlight upon his induction into the Country Music Hall Of Fame in 2006.

As of right now the family has not announced service arrangements.