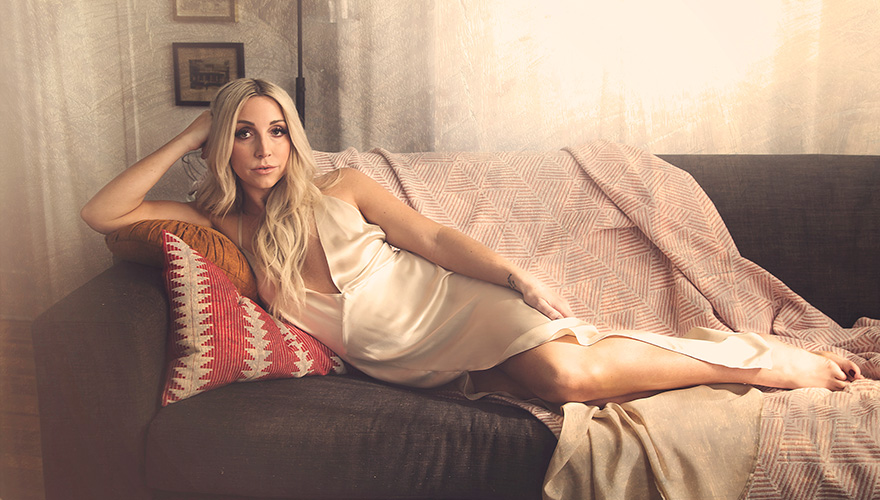 Folks before I simply repost the media release for this music I wanted to write some of my own portion of this article as well . Country Music Legend Mr. Bill Anderson has maintained himself as a staple member of the Opry, and one of Country Music’s most acclaimed songwriters.

I’m not really hip on Kid Rock’s music, in fact it makes me want to vomit. But to publicly lambast him on my website as a person couldn’t be further from the truth, he is a class act person. I believe he does indeed uphold Country Music traditions in some of the things he does. Although that’s just an opinion from an outsider looking in.

I wanted to say a few things about a young lady that I am watching on the local scene with great regard, and that is Miss Erin Enderline. She also holds a HUGE reverence for Country Music as well, and when she sings her stories one can easily ascertain that she LOVES what she does.

Bill Anderson’s clever new holiday music video, “Waffle House Christmas,” features a cast of characters only Anderson could corral into a Waffle House. The music video, premiering on USATODAY.com, tells the story of a family whose Christmas dinner goes awry so they head to their nearest Waffle House for a family feast where some of music’s most notable personalities fill the restaurant.

“The offer of ‘food and fun’ was all it took to entice Kid Rock, Tanya Tucker, Gretchen Wilson, Jeannie Seely, Joe Denim and a Waffle House restaurant full of ‘brand new friends’ to join us for the recent filming of our new video, “Waffle House Christmas,” Anderson shares. “We dined on Waffle House staples…’grits and eggs and raisin bread’ along with ‘hash browns covered and smothered’….and we laughed ourselves silly portraying the take-over of a Waffle House restaurant by a rookie cook and a displaced family on Christmas Day. My thanks to everyone involved. I just hope you will enjoy watching the madness as much as we enjoyed creating it.”

“I’ve never had this much fun at a Waffle House! Bill Anderson is one of my heroes and he’s written some of the greatest songs of all time. Of course, only he could come up with such a clever song like ‘Waffle House Christmas!’ And we had such a blast behind the scenes with Kid Rock, Gretchen Wilson and Jeannie Seely,” Tanya Tucker added.

“I am so grateful that I was asked to be involved in something like this. I’ve been such a fan of Bill Anderson for so long. And I get to hang out with my heroes!  I also had a Waffle House uniform in my closet from a television special we did several years ago, so it’s been a lot of fun being part of this music video,” said Gretchen Wilson.

“This has been an amazing experience!” exclaimed Jeannie Seely. “Bill Anderson is always coming up with great ideas. And corralling me, Tanya, Gretchen and Kid Rock all together for a music video at Waffle House has got to be one of the silliest, most fun things I’ve done in a long time!”

Anderson was produced by Bill Anderson, Thomm Jutz and Peter Cooper, recorded and mixed by Jutz at TJ Tunes with assistant engineer Andy Kern and mastered by Alex Mccullough at True East Mastering. Three of the tracks were penned solely by Anderson, who has written charted songs in each of the past seven consecutive decades, while the additional tracks feature venerable singer-songwriters including John Paul White of The Civil Wars and country music outlaw Jamey Johnson. Click HERE to download Anderson.