How The Death Of Jim Ed Brown Has Affected My Heart And The Opry Today. 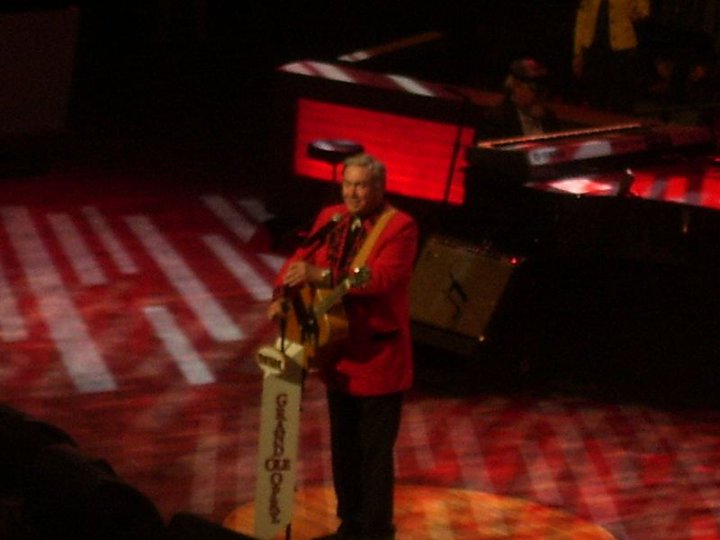 TIME it is a truly remarkable thing that can alter the state of any establishment. This already sounds like the preface that Shooter Jennings wrote for the book Dr. Neil Hamilton wrote called “Wanted Outlaws At Large” doesn’t it? Well it kind of is…CHANGE is the only thing that is constant, and death happens. Death takes our loved ones away when the time is neigh.

Dear readers NONE of you are uninformed, and you know the sad news. Tomorrow Nashville will gather to honor the memory and Legacy of Jim Ed Brown. He passed away from cancer at 81 last week and his death marks the rapid decline of Golden Age Opry members. You know, the older senior weekly members that actually PLAYED The Opry every weekend. Not like “some” of the Opry members we have today that are not playing their required yearly performances.

Jim Ed Brown was truly one of my favorite Country Music Legends and I only met him a few times. Twice at ROPE and once at the Midnite Jamboree, and once backstage at the Opry while there for the weekend. He was always nice to me and always answered my questions about his life to the best of his ability. I mentioned a few things he did not remember performing and it was entirely understandable.

He sat with me backstage and played me two songs that at the time were new songs he was writing and his last album from Plowboy Records called “In Style Again” was one of his finest albums ever. It was a pleasure writing the article for it.

There are few current older members that I myself still go out of my way to see perform that I can come see perform most weekends like Little Jimmy Dickens or (my personal favorite) Jack Greene. There are so few current members I could name in today’s current roster I actually consider paying the price of admission to see, but they DO exist.
Most of them are guests and host segments like Vince Gill and Lorrie Morgan. But with the exception of Stonewall Jackson and “Whispering” Bill Anderson, who is left to perform on a weekly basis from the Golden Era?

Even The Legend John Conlee came to us in 1978 from briefly before the period of time I am speaking of. There certainly lies no shortage of “Grand Ladies Of Country Music” the likes of Jan Howard, Jean Shepard, Jeannie Seely and Connie Smith. The mighty Ricky Skaggs and the hilarious Riders In The Sky both still grace the Opry stage.

There are many Opry stars from past the Golden Era that are still active today and are still members but WHERE are they today? WHY are they active members and NEVER perform? Are they allowed to remain members and not perform their required yearly performances? Where is Garth Brooks,Clint Black, and Reba McEntire? Does the Opry management no longer require them to even play? Why does it seem they only perform the Opry when THEY want something?

The Grand Ole Opry is supposed to be a haven for it’s members who are “beyond their prime” in the industry. It is supposed to be a place for their fans to enjoy their existence far beyond radio’s interest in their music. So where are they, where is Terri Clark and Barbara Mandrell? Yes the Opry often has Alan Jackson but where does the blame lie? As of today the only latest member the Opry has inducted that I consider to not be a slap in it’s own face was The Old Crow Medicine Show.

Change…Time..has altered Country Music into forms of such atrocity in my opinion. But it is not necessarily my job to go on quests to abolish or bash pop country. I would rather support what I love than bash what I hate thus I created my website. And my heart is becoming less an less interested in the Opry at it’s current state. I STILL love the Opry and I honor all it stands for. But there is a future of Country Music that the Opry is not embracing and I decided to do that instead.

There are a few exceptions out there right now the likes of Kacey Musgraves and Emi Sunshine who often play it. As well as Sunny Sweeney and and Mandy Barnett. See there IS STILL great REAL country music on the Opry but it seems the Opry no longer WANTS members that are REAL country. Nor do they want to admit they feature these acts still because you never see them “brag” about those acts. Until the Opry begins to fess up to it’s failing to feature more honest real country would I continue to go spend money there MORE OFTEN than I do.