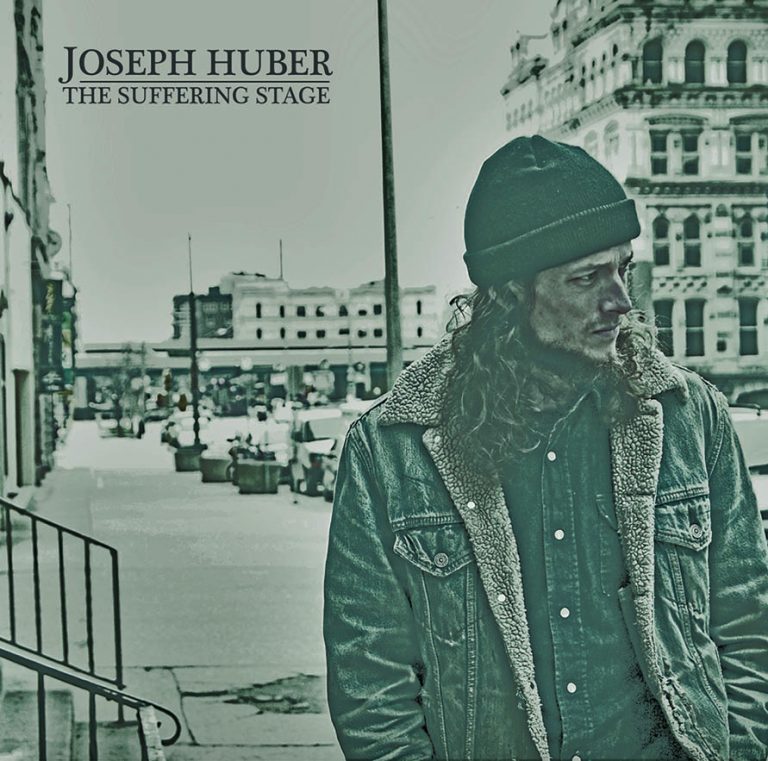 Recently a while back I had the pleasure of catching up with Mr. Joseph Huber during a house appearance at the Amulet Farm where he treated us to two new songs. I got to actually sit and talk with him as a friend and I appreciated that more than anything that we got to have a friendly conversation and learn from one another. Everything from where to find good chicken fried steak near Knoxville to festivals, I enjoy letting musicians pick my brain for festival help, while I pick theirs for venues and eating places. I mean WHERE do you think I learn all my good hotel spots in Baltimore and Jacksonville Florida…etc..It’s a work together kind of deal. I mean honestly I consider him a friend too, he’s a really nice guy with a friendly smile and a very smart demeanor.

One of those videos below are from a song called “You Showed Me” off his forth album coming out April 21st just in time for the Moonrunners Music Festival in Chicago. I’ll be there live with coverage from that one to bring you my first peek at him playing his new music there.

So initially what did I think about the album? Well I’ll say this at first glance it was exactly like he said, the songs were smaller in number but greater in length and a little bit more in depth than his last album “The Hanging Road”. This new album brings out his inner self rather than focusing on the outer smile and more bare naked jam songs we associate Huber with. Overall I am well pleased with this album and I would rate it pretty high on my TOP 50 list so far, I was taken aback at his courage to veer away from the typical Joseph Huber we know so well.

“Sons Of The Wandering” although it’s a fast paced song with a good beat it is actually a song of economic sorrow from a young man in a city like Milwaukee that struggles financially. It’s also almost seven minutes long which is uncanny for him to have songs that long, however as he proved with “Wanchese And Manteo” he can write a viable song despite it’s length. Much more stripped down and simple, but it ends with confidence and you have to really listen to it’s meaning and interpret it to your own mind. He’s opened up WAY more on this album than EVER and you should take advantage of it because he may not always be this personal with us. Silver spoons and a million gelded rooms  point their finger at a million hanging on a string was a powerful and political line that made me applaud his sharing with me his views.

The album opens with “Playground- Battlefield” which initially was a beginning classic Huber style song but the lyrics were already different on this one, I was a clean slate ready to follow this new direction he was about to take me on. My old neighborhood is a bad area now in the same city he is from…Milwaukee. So I could relate to his song here even if I missed the meaning entirely. See I identify with him truly well because I was THERE and my hometown is a battlefield.

“The Suffering Stage” is a song that compels the listener to become more apathetic toward everyday life and all the world around us. Humanity is always busy living their own lives to stop and become concerned with others, basically stop and take a moment to check on your neighbor tonight. Stop and call someone and tell them you love them before it’s too late. Open the door for a stranger or help the hungry tonight.

“You Showed Me” was what I personally was waiting for which was steel guitar laden song of lament of a love gone, fueled with a haunting melody. This song showcased his vocal in the Joseph Huber fashion I’m used to but at the same time it completely complemented the other seven songs on this album. It was a twist because you think You Showed Me could be construed as sarcastic or it could be construed as Wow You Showed Me…I’m sure we have all said that about an Ex. This was clearly my favorite song on the album and one of the more cleverly written ones in my opinion.

1.Playground-Battlefield
2.Sons Of The Wandering
3.Diminished Things
4.The Suffering Stage
5.16-10
6.You Showed Me
7.Sea Of Night
8.Souls Without Maps