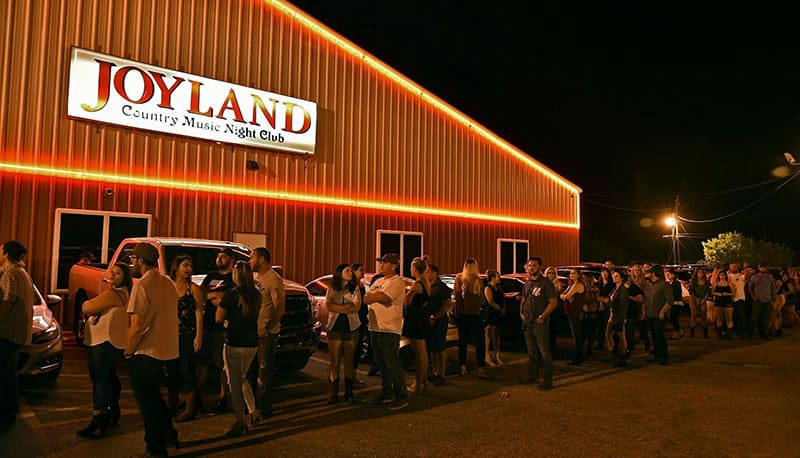 I personally have a huge bucket list of iconic venues to go to nationwide, and when some of them close I always get excited when one re opens. This iconic Saratosa Florida venue closed it’s doors last spring, and released a press package last fall, that the venue was under new ownership. They plan to continue to book national touring acts, of many genres.

I just recently made my first jaunt down to Florida two weeks ago, and wasn’t in the state for very long, but I plan to return in the future. I learned a lot about the history of this venue but I am just going to share with you the press release, and plan future work there.

The previous owner retired and closed the club May 12, 2018. Joyland was purchased by Scott Serbin and Peter Mendelsohn, two members of the Daisy Dukes Band, a local country band that had frequently performed at Joyland.

“Thanks to Rick and what he created with Joyland, we don’t need to re-invent the wheel, we just need to add some spokes,” says co-owner Scott Serbin. “We missed this place as much as the rest of the Joyland crowd and we want it to feel like home to them again. We can’t wait to bring it back along with some incredible entertainment from national and regional acts on a regular basis, up and coming super stars, and to support the best in local country music.”

The club will be having a soft opening on February 9th and a Grand Opening in April. February hours will be Friday and Saturday 7pm to 2am. Wednesdays and Thursdays hours will resume in March or April.

“I’m happy to see the club re-open and happy to see it stay country,” said former Joyland owner Rick Lambert. “Scott and Peter have great ideas and are the guys to bring Joyland into the future.”

To learn more about the re-opening of Joyland Country Music Night Club,
visit the website: https://joylandbradenton.com/
or the Facebook page: https://www.facebook.com/joylandcountry

The venue began in 1958 as an event pavilion at Joyland Amusement Park in Pinellas Park. Previous owner Rick Lambert’s family purchased it in 1987. The Bradenton club changed it’s locations several times before settling on the 15,000-square foot facility at 5520 14th St. W., in 1994. Since then the club has become a regular concert hall stop for big name national country music acts. Prior to it’s closing in May, Joyland was arguably the favorite country music themed night club among Bradenton and Sarasota country music and line dancing fans, with over 20,000 Facebook likes.