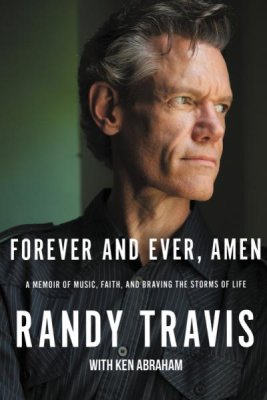 It’s no secret that Mr. Randy Travis has suffered many trials in the last few years, and it is a miracle he survived them. This May 14th we will all get to learn more about the iconic singer, his troubled upbringing, and exactly what was going on in his head as he drank and stole cars at 14.

He stated in a recent press release that the candle is burning, and it is time to tell his story to us as only he knows. For many many months, we all joined together as a music community and donated our time as well as prayers for our beloved Mr. Randy. See, we all understand how imperfect people are and we don’t care about his past. We are all just grateful he has a future with us, because Country Music still needs him now.

He recorded over twenty albums, and charted over 50 billboard hits in his career. His debut album Storms Of Life sold more than four million copies since the 1980s. He saw success in follow up platinum and multi platinum albums as well.

In the mid ninties he saw shorter chart success and began recording more Christian material like the ever popular hit Three Wooden Crosses, and began more personal declines we will all get to read about in this tome.

The long-awaited, deeply personal story of one of American music’s greatest icons, a remarkable tale of the utmost heights of fame and success, the deepest lows of life’s sorrows, and a miraculous return from the brink of death—told as only Randy Travis can.

Beloved around the world, Randy Travis has sold more than 25 million albums in both country and gospel and is considered one of the finest performers of his generation, admired by superstars across the musical landscape, from Garth Brooks to Mick Jagger.

From a working-class background in North Carolina to a job as a cook and club singer in Nashville to his “overnight success” with his smash 1986 album Storms of Life–which launched the neotraditional movement in country music–Randy’s first three decades are a true rags-to-riches story.

But in 2009, this seemingly charmed life began a downward spiral. His marriage dissolved, he discovered that his finances had unraveled due to dishonest deals made behind his back, and his struggles with anger led to alcohol abuse, public embarrassment, and even police arrest in 2012.

Then, just as he was putting his life back together, Randy suffered a devastating viral cardiomyopathy that led to a massive stroke which he was not expected to survive. Yet he not only survived but also learned to walk again and in 2016 accepted his induction into the Country Music Hall of Fame by singing the hymn that explains his life today: “Amazing Grace.”

Filled with never-before-told stories, Forever and Ever, Amen is a riveting tale of unfathomable success, great joy, deep pain, and redemption that can come only from above.