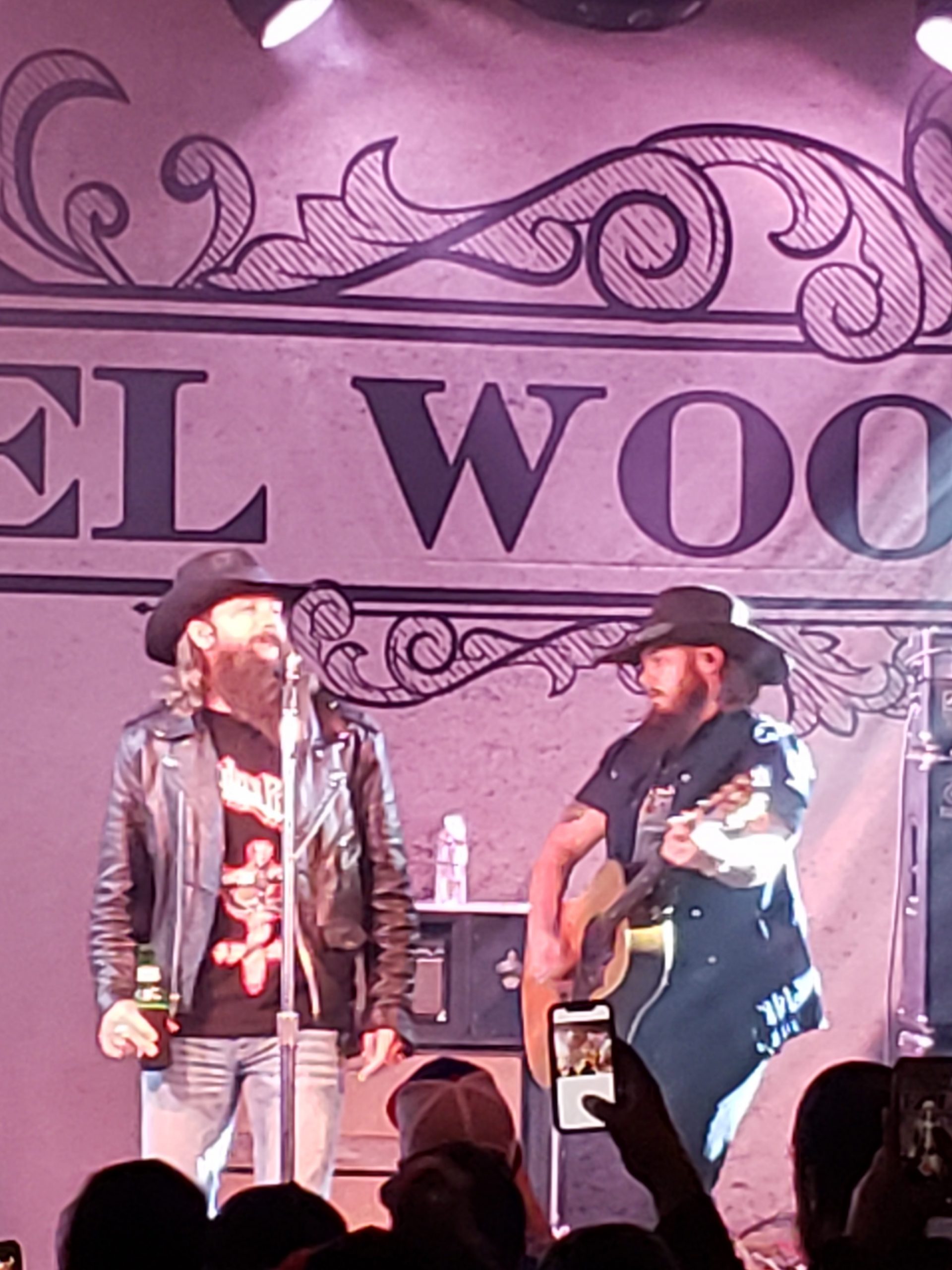 Last night I witnessed one hell of a good performance from both bands that were on the bill, in a not so great venue. 2019 has already been an epic year for The Steel Woods upon the release of Old News, and every show I attended on this tour has grown exponentially.

Lead singer Mr. Wes brings his own twist to the vocals, that differentiates him from others. When I hear them on any outlet I can readily identify them with the vocals. Recently I admired his presentation of the song Old News, and how well the lyrics are written. In fact, I’ll go so far as to say that it’s one of the best lines in a song for me, in the last few years.

I don’t necessarily care for the venue they were in tonight as I create this article, and I have another idea. I think I need to stop and make an observation here, and a huge accolade to some very special people that helped make The Steel Woods rise to the top……us fans.

I applaud each and every one of you warriors I see at these shows night after night, standing in line in the rain and cold for the cause of local music. I see a truly fine band page group run by some very passionate people on Facebook. Now, more often than not these large groups generate drama however to say that their fan pages haven’t been responsible for some of their success is ludicrous. Every time I followed the Steel Woods Nation I have always had pleasant interaction.

To say that many of the people running them have bad intentions is also wrong, but so many of them have had their share of intense drama. That alone looms the possibility of turning away future fans that may be dipping their toes in the water to check the temperature. One of the many excuses I hear the pop country folks give for not giving local music a chance, is that we fight too much. And to be honest I can actually accept that as answer to this debate, so running a clean and friendly page like The Steel Woods Nation in the fashion they do is integral to me as a fan AND a journalist.

You juxtapose those two factors here, and you get the phenomenal events that are taking place with The Steel Woods right now. I am absolutely adamant that in the next year or so, they will be playing bigger venues like their friend Cody Jinks, who equally agrees as he crept up on their set two weeks ago in Nashville. You can read all about that right HERE along with our review of the album HERE.