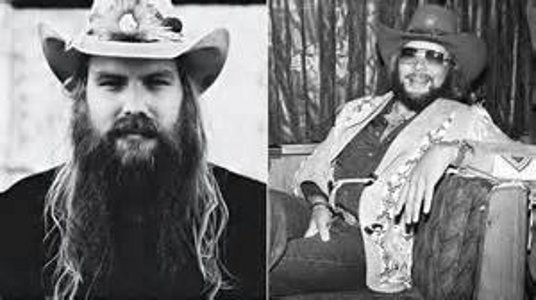 OK Folks I’m sitting here writing this with cabin fever, and maybe it is the cabin fever but this new album from Hank Williams Jr. has got me scratching my head…it does. All in All I halfway liked it, I honestly do. But I have a few polite negative things to discuss about this album. Let me first start out by saying I’m NOT a studio expert or studio brain like my buddy Mr. J.D. Myers or Mr. Drew Burasco..Nor am I a producer like Mr. Dave Cobb who has become a Nashville terror with keys in hand.

I’m not an expert songwriter like Mr. Tony Stampley who wrote “Club U.S.A.” on this album which was a good upbeat song that was actually a high point on this album, and so was “Those Days Are Gone” which in MY opinion should have been the name of this album, cause they ARE gone…for Hank anyways..partly. “Those Days Are Gone” actually made me cry and NOT in a bad way, because the beat and the sound and his props to Ernest Tubb are indeed gone from mainstream country. You have to go see Whitey Morgan and Cody Jinks to hear that beer joint music now.

You know one thing that has me scratching my head here guys, all these one liner jokes between the songs…what’s up with that? I mean didn’t he and Kid Rock release a song a few years back telling us about how Hank 3 is “naughty” for using the F Word? Well so WHAT’S UP with his statement ” I Pulled A Bobby Mercer On That Motherfucker”? Ohhh ok since he bleeped it out I am not supposed to understand the point, gotcha Randall.

“Dress Like An Icon” was so full of name dropping it just turned me off because there was no real “meat” to the lyrics. It didn’t have the structure I expect from Hank Wililams Jr being the Icon that he truly is, I mean the man raised me and probably everyone reading this. He and Mr. Merle Kilgore and Mr. Jimmy Bowen all teamed up to create classic REAL Country material we ALL love. THOSE songs had structure and depth, not a list of two million names that influenced him but on the other hand I thought ok WHO but Hank Jr. has the right to name drop? So honestly I was kind of miffed on that whole deal right there.

I enjoyed the Mel Tillis song “Mental Revenge” that was made famous by Waylon Jennings and so many more, this a truly classic song and Hank Jr. did a FABULOUS job singing this song. However he has a very loud and powerful voice and to ( to me at least) they recorded his vocals VERY poorly on this whole album, and a lot of the music is REAL good his vocals at times lacked the “omph” we know out of him.

In the song that HE wrote “It’s about time” he periodically states we have had enough of this wired pop country sound, yet all these years he has oftentimes lambasted his own son for doing the very same thing? What validates this, considering the fact he has none other than Brantley Gilbert and Justin Moore help him re-do “Born The Boogie”? I try to remain polite and neutral but dammit THAT just rubbed me totally wrong, shame on him HOW can you hate pop country but like that? If YOU DO that’s totally YOUR opinion and I shall respect it but this is mine and I didn’t. Does the album remain in my rotation…YES it does. Am I saying Brantley Gilbert and those guys had bad vocals, No honestly I didn’t think they sang bad it’s just they represent what he is lambasting in other songs on the same album. And most importantly that song was the same that raised my Hank 3 debate.

Now then folks I’m sure that you have heard on every other Country music website in the universe that he has teamed up with 2015 sensation Chris Stapleton for some dates in 2016 and I would like to tell you about them too. You know Stapleton sold out THREE Ryman shows back to back in minutes, because all the mainstream people now love him from winning THREE CMA Awards last year. Much like sports teams all the mainstream people had to flock to the I Tunes and download the album instead of being real people and buying the real thing..and maybe one or two of them will actually spend time to research him and learn who the Steeldrivers are.

This is going to be one HELL of a good concert with the two of them together, in fact I think it will indeed be one of the best shows of 2016. Because despite ho critical I was of Hank Jr’s album he DOES put on one hell of a great show live any way you slice it and his live albums from Cobo Hall and others are highly sought after albums from collectors like me.