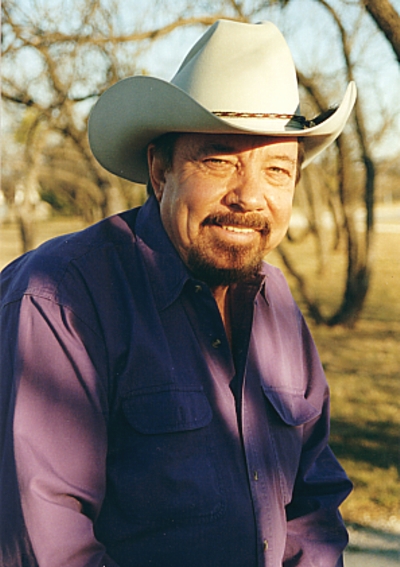 Folks I just made an update not long ago that they moved him from ICU and into a regular room. I had NO IDEA he was that sick and just about an hour ago it was reported from CEO of Heart Of Texas Records Tracy Pitcox that Country Legend Curtis Potter has died in a Texas hospital of complications from pneumonia at Hendrick Medical Center in Abilene Texas tonight.

I’m just going to reprint here what was made public:

“Curtis had been battling congestive heart failure and pneumonia during the last week,” Heart of Texas Records president Tracy Pitcox said. “Before becoming ill, he was actively performing, booking dates and getting ready to return to the recording studio.”

At the age of 16, Potter was given his own radio television show on KRBC in Abilene and was part of the Bill Fox and Slim Willet shows.

In 1959, Potter joined the Hank Thompson organization. Thompson was impressed with the young vocalist and invited him to front the Brazos Valley Band and play bass guitar for him. In the thirteen years that Potter was with Hank, he traveled all over the United States, Europe, the Far East and even a much sought after Carnegie Hall appearance.

Potter’s first major hit was “You Comb Her Hair Every Morning” recorded on Dot Records and released May of 1969. That song would gather enough attention to become the catalyst of a forty five year recording career.

In 1984, Potter helped to form Step One Records in Nashville. Step One would become the largest independent label in the world releasing projects on Gene Watson, Ray Price, Kitty Wells, Hank Thompson and Clinton Gregory.

Potter and Willie Nelson had a number one video on Step One Records in 1995. “Turn Me Loose And Let Me Swing” was taken from the album “Six Hours At The Pedernales” and teamed Potter and Nelson recording twelve songs in a six hour session at Nelson‘s studio.

In 2005, Potter signed with Heart of Texas Records. Potter released “Them Old Honky Tonks” “Chicago Dancing Girls” “Down In Texas Today” and “The Potter’s Touch.” He also recorded two projects with Tony Booth and Darrell McCall under the name “The Survivors.”

His last album “Songs Of The Cherokee Cowboy” was a tribute to his hero Ray Price. Nelson joined Potter once again in the studio to record the title track for the album.

Potter’s last professional appearance was on December 31, with McCall at the Heart of Texas Events Center in Brady, Texas.

He is survived by his wife Pat and children Shane Potter, Sharlotte Smith, Rozlyn Froid and James Potter.

Folks if you follow my website and you know ME as a person you know how special the Legends are to me, and that I have been following him from day 1 since he was admitted to the hospital.