News On The Oak Ridge Boys And Recap Of Their Springfield Tn Show. 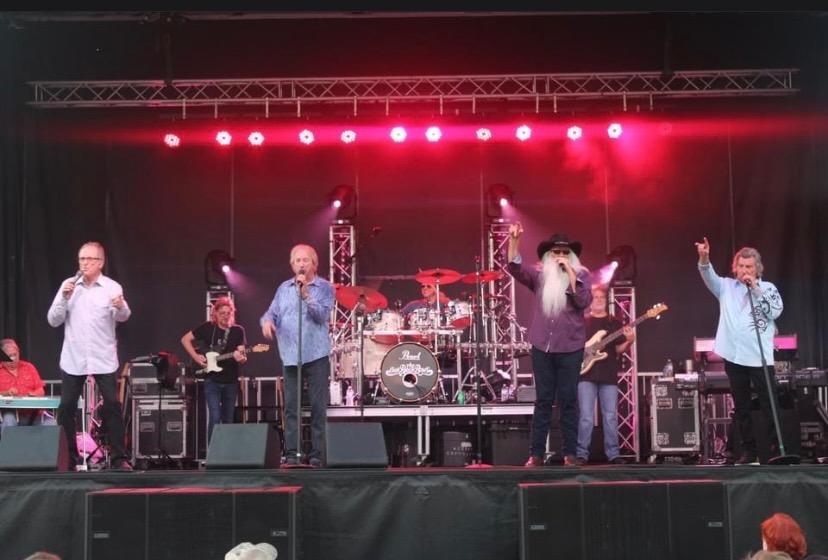 Even though I have been on vacation all week, I did not get as much website work done as I wanted to. I haven’t been to as many shows this year as per usual, and no festivals as of yet. It just hasn’t been in the cards lately in life. I did however, go to a couple of local shows that I am now in the process of writing about on here, and this is one of them here.

Lately I have been publishing a lot of articles about the Oak Ridge Boys, whom remain quite active and they are celebrating almost 5 decades of being around in some form of genre. This band sustained so many lineup changes on the time period of 1947 to 1995, and by 1977 they fully switched from Gospel to country ( as we currently know them ).

Their first venture into Country was their 1977 album called “Y’all Come Back Saloon”, and consisted of the four members that are also the current members now. Except for William Lee Golden leaving for a brief period. On another side note here, I’m going to tell you more about William Lee Golden and the Goldens, who are releasing three new albums of cover tunes. I just decided to lump a bunch of information all together here that was Oak Ridge Boys related.

First, let’s take you on a little ride out here in Springfield Tennessee as our entire community got together to have Grace Baptist Church in Springfield bring us the Oak Ridge Boys to our local fairgrounds for what they called Freedom Fest on July 3rd. We had a nice article published recently about this event, and talked about their celebration of The 40th Anniversary of “Elvira”.

They had Rudy Gaitlin fill in for Mr. Joe Bonsall, whom was ill. However this show was still a truly awesome experience to behold in such a local jaunt out. This show was right across the road from my place of work! My nightly ride to word is only 21 minutes one way, and so OF COURSE I was going to come out and see this.

They went through many of their own timeless classics like the old Miller beer theme song from the 1983 commercial calling their beer “American Made”. I grew up with this song embedded in my mind as I watched people around me drink the beer they celebrated. And with memories like that, The Oak Ridge Boys have had a full part of my youth. For as long as I can remember, they have had a part of my life on cassette tapes on vinyls and on CD’s and I will continue to admire their music and write about them on here as often as I can.

As they were celebrating their album “Elvira” we also took a few moments out to remember the man whom wrote the song, Mr. Dallas Frazier, whom we lost in January of this year. They also played their old hit called “Bobbie Sue”, but in the middle of the set tonight they settled into a few of their older Gospel songs they had.

They remain prominent members of the Grand Ole Opry and they uphold the respectful duties that I as a fan expect them to acknowledge as members. However I also wanted to tell you, my readers of a side project that Mr. William Lee Golden has with his sons called “William Lee Golden And The Goldens”. They have a three volume collection of albums that were released earlier this year, one called “Country Roads” one called “Old Country Church” and another called “Southern Accents”.

If you enjoy smooth four piece harmonies, and cover songs from bands that place their own take on the songs they do, then these are the albums for you. They became available this past spring, and there have been some shows announced for them as well. This video here shows a prime example of just how beloved there songs are to this family.

So once I took in all of this information for you, I wanted to tell you about it for many reasons. So often than not, you hear many of these people claim that Country Music is dead, and all of the Legends are gone. I am hoping that through this website, you will find out that is not in any way true. Many of these iconic folks we grew up with are still producing some mighty fine music.

Country Roads
1. I Still Miss Someone
2. Four Walls
3. Welcome To My World
4. Take Me Home Country Roads
5. You Are My Sunshine
6. The Great Speckled Bird
7. Green Green Grass Of Home
8. Send Me The Pillow That You Dream On
9. For The Good Times
10. I Saw The Light