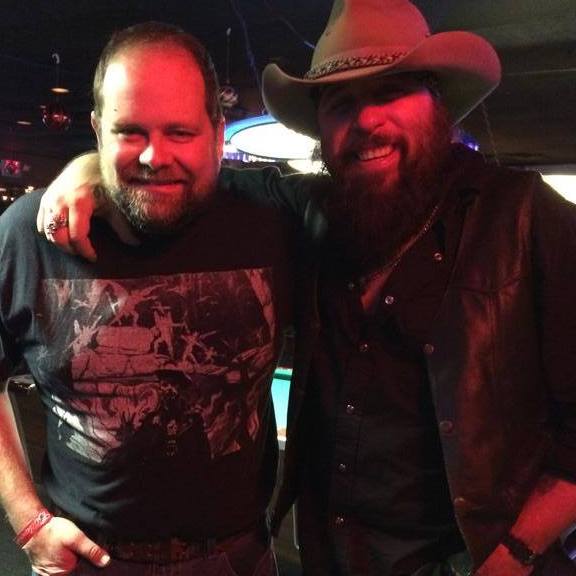 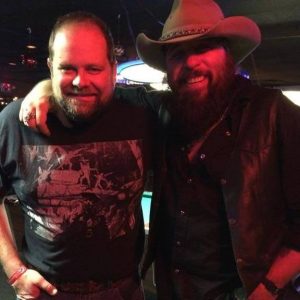 Dallas Moore burns up America’s roads, he is one of independent music’s hardest working
performers. He has a work ethic much like Bob Wayne and Scott h Biram as to how many
shows he does a year. TONS..you can catch him in so many places it is unreal.
He is gearing up for his Album Release Party on January 31st.

I’m excited…really excited to finally see Dallas Moore here in a venue. I LOVE festivals
but I LOVE indoor music as well. This is a full band show review here I am doing.
This is in Bowling Green Kentucky at Spillway Bar And Grill.

Jasmine Caine is opening the show and she does the lead singing and plays bass.
They are a three piece band and she’s doing a DAMN FINE job covering metal tunes
including Symphony Of Destruction by Megadeth and alternative tunes too.
I’m going to be supporting her shows more in the future and stray off the country path
a little bit to share her talent with you..she was enjoyable to see live.

I’m going to be telling you all Moore (Ha Ha pun intended) about his new album
soon and he’s got a lot more dates lined up for us I’m sure of it.
I’m on my weekend hiatus of working this job all weekend, I enjoy my life
very much. I’m out in the venues supporting LIVE music and bringing it to YOU
my good readers.

He is heavily promoting the album “Dark Horse Rider” before it even comes out.
I was just told he is playing 9 songs off the 10 song album which like I said
will be available January 31st on SOL Records.

He opened the show with “Honky Tonk Heros” and the show is underway folks!
He came down here from Texas and shows in Cincinnati. Roll’n On is his second
song he’s doing right now.

He barreling right into “Hank To Thank” and he is tearing this place apart
with “Great Big Woman”.
Dallas Moore is one of my top 3 guitarists that local-independent music has to offer.
He ranks up there with James Hunnicutt and Rory Kelly.
After that he went right into “Hot Blooded Mama” a song I really like to hear live
that he co-wrote with Billie Gant.

Now he is playing his new album “Dark Horse Rider” in it’s entirety for us all.
I’ll announce the pre-order THE MINUTE it becomes available to do so.
The first song is “Bottle And A Bible”…next song was “Raising Hell And Slinging Gravel”.
I’m telling you THIS WILL make 2015 a STELLAR year!

His new single was taken by XM radio and TONS of other countries as well.
“Beats All I Ever Seen” is the name of this single.
He took a break to honor Wayne Mills by singing “The last Honky Tonk”.
‘Riding High” was his return to his ‘Dark Horse” playlist and “Up On That Mountain”
was his last installment of it.

He went back to playing songs off “Blessed Be The Bad Ones” album with
“Twisting Through Texas” like a tornado.
“Slipin And Sliding” is what he is playing now..what a great show.
His guitar solos alone are just awesome to listen to live.

“Crazy Again” is a good song to hear live too. Man I could sit here all
night and listen to Dallas play!
‘Blessed Be The Bad Ones”…he’s getting to the end of his set tonight and
wrapping it up with some GREAT songs.
‘Rollin In My Sweet Baby’s Arms” is off his EP album he made with his mother recently.
And he’s covered “Whipping Post” from the Allman’s.
Jasmine Caine is joining him right now for “Simple Man”.

I am always in awe of his ability on the guitar….I swear if you can ever catch him live
DO IT….and DO IT NOW!