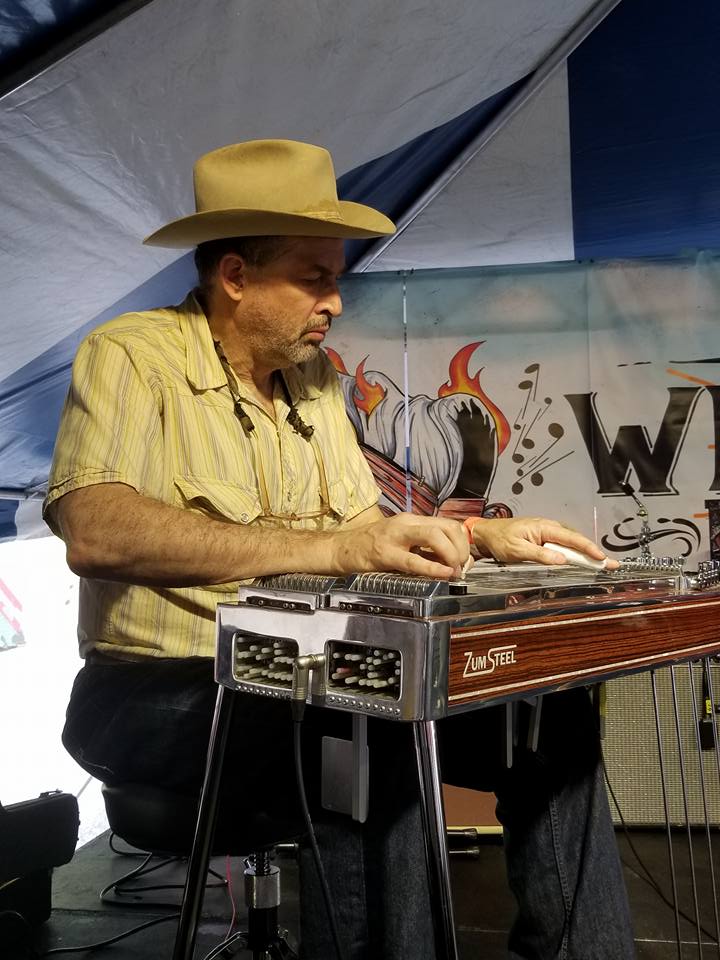 Country Music has THREE staple pillars of it’s foundation or it’s backbone if you will. Those are in this order the songwriter, the producer, and the steel guitar in my opinion it takes those three to make a classic Country Music album. My point being Willie Nelson “Red Headed Stranger” and “Wanted The Outlaws” as two prime examples that had all three. Shooter will tell you rapidly “Wanted The Outlaws” was the first platinum selling Country Music album EVER and defied the sough it was initially given by Nashville in the 1970’s.

Local music as a whole contains such a plethora of well rounded steel guitarists and pickers waiting for you to discover them if you are willing to wade through the broken beer bottles and travel the worn out back alleys of America to find them. You have to look in the places most normal people wouldn’t, and you have to listen. You have to brave the heat and cold and discomfort of the fields and farms that spew forth these festivals, mostly you have to study and watch for them.

Well folks THIS EDITION of my steel guitar interviews was taken LIVE from the Westport Roots Festival with none other than the local Kentucky hired gun himself KC Steeler or Mr. Colm Chomicky, who plays for the Blue Boot Healers and many other Kansas City Bands.

I got a moment to pull him off to the side and had it filmed LIVE in the alley in back of the Lagunitas Stage about the time Mr. Jack Grelle was playing. I had Miss Sara Leann Shulte film this for us as we had a short chat about his personal career, and the future of the band as a whole.

As you can see below he plays with very disciplined and exact precision in his own right. I studied his movements and his mannerisms kind of close on many of their songs, and also I noticed other players using his instrument for different sets and it sounded different. Now y’all KNOW me and my nerdy ways and my question that remains was WHY?
Is it how they hold the bar or is it tuning? What makes these players so different, and how do they do this?

Well folks here is my plan, in the later editions of this series (for those of you that devoutly follow it) I’ll be interviewing the other players that can one day answer those questions and squelch my quandary. This festival last weekend was choked FULL OF damn fine players and I wanted to interview them ALL but I simply could not.