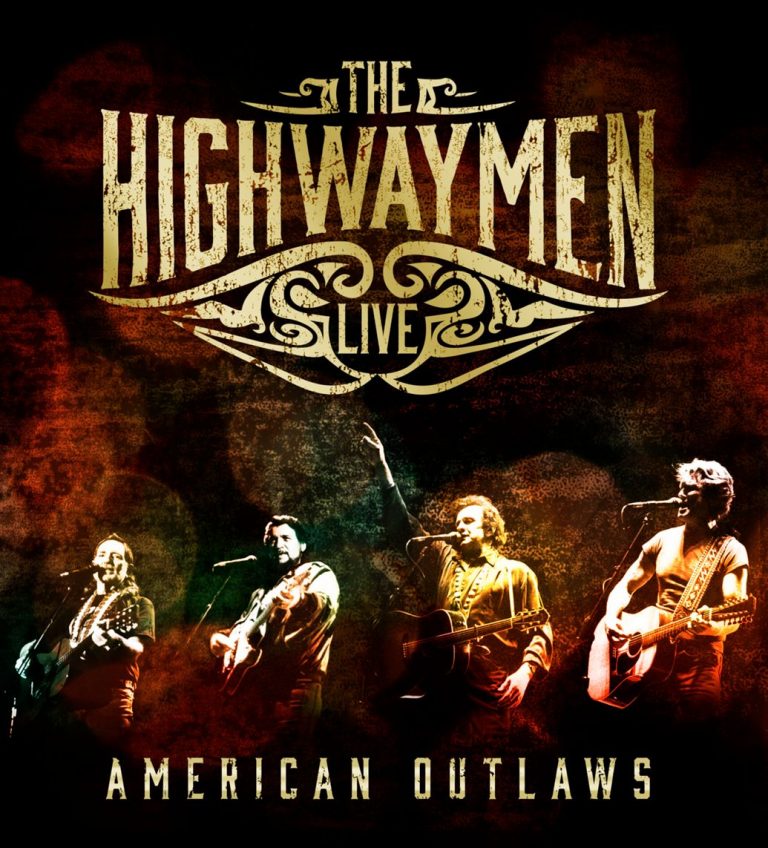 Folks yesterday night I released a mega article of 2016 deaths in Country Music, and it contained one of the Legends that wrote one of the songs that made these men famous as a band..Guy Clark. The song “Desperados Waiting For A Train” is on this boxed set on CD 2 and it also included album number 1 that was self titled and produced by another person on the list and that was Lincoln Moman.

In 1985 the four of these Legends began an iconic journey through the trails of the world as quite possibly one of Country Music’s most popular super groups The Highwaymen. They were actors each on their own rights and together they re did John Wayne’s Stagecoach.

PBS premieres a new installment of its American Masters documentary series, The Highwaymen: Friends Till the End, and Legacy teams up with Columbia Records to release a four-disc CD/DVD package, The Highwaymen Live – American Outlaws. The live box set hits stores May 20th, while the documentary premieres a week later on May 27th.

The concert video has them in their prime as they promote their second album from 1990 and features every one of them in the spotlight along with some Legendary musicians like Robby Turner on steel. This band was kind of like the Eagles where they each perform their own well known hits and also their own signature songs.

Disc 1 (Recorded live at Nassau Coliseum in Uniondale, New York, March 14, 1990)
1. Mystery Train
2. Highwayman
3. Mammas Don’t Let Your Babies Grow Up to Be Cowboys
4. Good Hearted Woman
5. Trouble Man
6. Amanda
7. There Ain’t No Good Chain Gang
8. Ring of Fire
9. Folsom Prison Blues
10. Blue Eyes Crying in the Rain
11. Sunday Morning Coming Down
12. Help Me Make It Through the Night
13. The Best of All Possible Worlds
14. Loving Her Was Easier (Than Anything I’ll Ever Do Again)
15. City of New Orleans
16. Always on My Mind
17. Me and Bobby McGee

Disc 3 (Live tracks recorded at Farm Aid V and Farm Aid VI, March 1992 and April 1993)
1. Mystery Train
2. Highwayman
3. The King Is Gone (So Are You)
4. I’ve Always Been Crazy
5. The Best Of All Possible Worlds
6. City of New Orleans
7. Folsom Prison Blues
8. Intro/Highwayman
9. Shipwrecked in the Eighties
10. Desperados Waiting for a Train
11. One Too Many Mornings (Previously Unreleased Studio Recording)