The MANY BOOKS available in 2017 For Country Music. 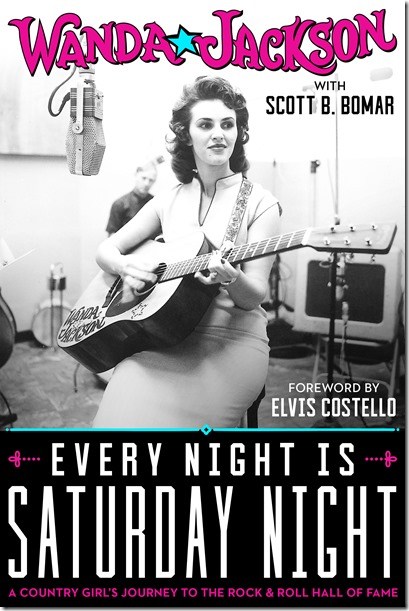 As many of you know I write up a large “to do” list all the time. Sometimes I get really backed up and need to figure out way to condense things to get it all done. Also, sometimes it turns out becoming more appealing to YOU my readers. Speaking of reading (since you are reading this) you aren’t one of the many that reading has become a thing of the past.

Many people ask me WHERE I get the most of my information from, well READING of course. Whether it be from books or emails, or LEGIT websites..folks Wikipedia is NOT LEGIT for ANYTHING. Phone calls and going out and being seen at shows, and talking to people earned my knowledge of just about everything I know about.

So now I was thinking HEY I got this list of books I wanted to touch on with articles and tell you about,for your own research, and your own library. I probably read about 14 hours a week, usually an hour in the morning and an hour at night. Nonetheless whatever you do reading is a great way to enrich your brain, and keep your spelling correct, so HERE IS a nice list of Country Music related books released lately.

If you remember not long ago at the Nashville Palace I wrote about Country Legned Wanda Jackson who amazed us with her still amazing voice. Age has truly not faltered her voice in any way, and a few months ago she released an autobiography.

She still is quite a pleasant show person, making jokes about everything from life to politics. To the briskly honest statement that she recently lost her husband…then she pointed to the sky and siad “Well I haven’t LOST HIM,I KNOW where he is”..her performance warmed my heart and brought me much joy inside.

BMG has announced it will release legendary rockabilly and country music pioneer Wanda Jackson’s autobiography Every Night Is Saturday Night: A Country Girl’s Journey to the Rock & Roll Hall of Fame on November 14, 2017. The iconic performer known as the “Queen of Rockabilly” and the “First Lady of Rock & Roll” landed more than thirty singles on the country and pop charts between 1954 and 1974. Featuring over eighty photographs from her personal collection and a foreword by Elvis Costello,Every Night is Saturday Night is the rockin’ great-grandmother’s chance to finally share the story of her fascinating life and career in her own words.

Jackson’s most recent album was 2012’s Unfinished Business, which was produced by Justin Townes Earle and included covers of songs written by Townes Van Zandt and Woody Guthrie, she still tours intermittently. So when she comes around it’s best to get out and see her!

From her website:
Wanda Lavonne Jackson is an American singer, songwriter, pianist and guitarist who had success in the mid-1950s and 1960s as one of the first popular female rockabilly singers and a pioneering rock-and-roll artist. She is known to many as the “Queen of Rockabilly” or the “First Lady of Rockabilly”,she has played for many Muddy roots functions and many other festivals I am involved with.

Jackson mixed country music with fast-moving rockabilly, often recording them on opposite sides of a record. As rockabilly declined in popularity in the mid-1960s, she moved to a successful career in mainstream country music with a string of hits between 1966 and 1973, including “Tears Will Be the Chaser for Your Wine”, “A Woman Lives for Love” and “Fancy Satin Pillows”.

She had a resurgence in popularity in the 1980s among rockabilly revivalists in Europe and younger Americana fans. In 2009 she was inducted into the Rock and Roll Hall of Fame as an Early Influence. The book will chronicle the Queen of Rockabilly and the first Lady of Rock ‘n’ Roll’s rise to prominence following her discovery by Country Music Hall of Famer Hank Thompson. Elvis Costello contributed the foreword, and the book will feature more than 80 photos from her personal collection.

Every Night is Saturday Night will also include passages on why she refused to return to the Grand Ole Opry after more than 50 years, the challenges of touring America with an integrated band during a racially intolerant era, her personal memories of her relationship with Elvis Presley and how she ultimately found the love of her life, her husband Wendell Goodman.

Wanda Jackson was instrumental in the launch of the career of Roy Clark, and even Elvis himself hallowed Wanda Jackson as special in many ways. She will reveal in this book the reasons why she hasn’t returned to the Opry in fifty years, and details about her first boyfriend in the music world. I’m telling you right now THIS ONE is a book I have been waiting to read for a long time.

This book is one I have been eagerly waiting for, because he will reveal much about his turbulent life both on and off the road. His defiant and off the podium politics have turned many people on and off his side for the past twenty years…and he doesn’t care. In 2016 he was elected into the Country Music Hall Of Fame, in 2008 he became an Opry member, and plays almost every other weekend the TRUE Opry fashion of what it means to be a member.

In one of his songs called “Carolina”  he remembers his youth with descriptive things like Goose feather snowfalkes and others. In this book he chronicles his entire life in depth, and offers his own advice on how to handle the business and other scenarios. His main focus of help is don’t concern yourself with the people that are NOT there, you are there to entertain the ones that ARE.

A huge portion is dedicated to producer Bob Johnston, who is responsible for his move to Nashville, his start of the Volunteer Jams and pretty much all of what he’s famous for from 1967-1980. He writes about his wars with unreliable vehicles, wild parties and being broke. Pretty much some times that many musicians can relate too,  but to be honest with all the technology and modern things we have now I think they had it harder in the 70’s.

The Volunteer Jams have been hallowed as iconic and precious throughout the years and they are highly collectable on vinyl for people like me. For a man that has spanned over six decades of Country Music and noted for his musical craftsmanship of precise notation, who was a well sought after session player, he is a humble Christian and vocal political figure. This book details how he was personally named by Bob Dylan to play on his albums over anybody else they suggested to him.

Ricky Skaggs is a name that  is synonymous with both Bluegrass and Country Music, he was brought up a child prodigy having mastered the mandolin by age 6. He joined the Clinch Mountain Boys at the age of fifteen, and at twenty one he was considered a Bluegrass star.

This book includes the hallowed ten commandments of Bluegrass handed down to him by Bill Monroe, and his personal accounts of nearly forty years of the music business. It also includes a candid look at his most loved Gospel songs and brings us closer to what motivates him as a performer.

You know, when people talk to me about outlaws they always fail to mention this man Jimmy Martin. I’m going to include this from the website about this book:   Jimmy Martin was just twenty-two years old when Bill Monroe asked him to join the Blue Grass Boys. That invitation was the start of a career that spanned half a century and culminated with Martin’s induction into the International Bluegrass Music Association’s Hall of Honor. Always an enigmatic figure, Martin was as famous for his temper as he was for his talent.

On assignment from the Oxford American magazine, fiction writer and music critic Tom Piazza drove from his home in New Orleans to Nashville to interview Martin and found himself pitched headlong into a world he couldn’t have anticipated. Martin’s mercurial personality drew the writer into a series of escalating encounters (with mean dogs, broken-down cars, and near electrocution), culminating in a harrowing and unforgettable expedition, with Martin, to the Grand Ole Opry.

Though, or perhaps because, visits to the Opry like the one Piazza recounts were common for Martin, and though he frequently played on its stage and always hoped to become a member, he died before seeing his dream fulfilled. True Adventures with the King of Bluegrass is the funny, scary, and powerfully poignant portrait of one of the legends of American music.

This book heralds his outlaw antics and wild personality as both iconic and magnetic, however his personality often prohibited him from being included in the Nashville establishment. His often Opry appearances still kept him from being a member, a goal he died before achieving.

Miss Lynn Woodruff Gray has been heavily involved in Country Music for many many years, and has embellished it with her love and memories of the Legends that would dwell there. In my eyes she is just as much of a Legend of the genre as they were. Her previous book called “I Guess You Had To Be There” was an absolute masterpiece and a pleasure to read multiple times.

She told Gary Hayes Country  “My latest book is available on Amazon. SITTIN’ AT A BUS STOP, WAITIN’ ON A TRAIN. It talks about how a song made a difference in my life after the loss of my son. It has been a lot of help to several who have also lost someone.”

Grief is a long road without end, and time is not the healer, but what you do with that time that heals. The choices you make in your journey meet with many challenges, but there is always an open door for better days. You may take two steps forward and six steps back, but it is those two steps that will make the difference. Holding to the rope railings of a swinging bridge as you move forward, is a shaky endeavor, but not one that can’t be accomplished if you keep moving. This is what Lynn realized when coming to terms with her emotions. It was like sittin’ at a bus stop, waitin’ on a train.

Whisperin’ Bill Anderson: An Unprecedented Life In Country Music a 360-page representation of Anderson’s journey published by University of Georgia Press featuring respected music journalist and Grammy-nominated music producer Peter Cooper as a contributing writer. It includes rare, never-before-seen photos and eye-opening personal stories from Anderson’s nearly eighty years of living – from early days of radio broadcasting in Georgia, to standing alongside the greatest country music stars in the world onstage at the Grand Ole Opry, to being named BMI’s first ICON Award winner in the country music genre.

Whisperin’ Bill Anderson is easily one of the most distinguishable voices in Country music today and probably one of the foremost prominent figures left on the weekly Opry roster to host it. He has had so many major Country Music cuts you couldn’t count them all. This book chronicles all of his accomplishments within one of the longest and most iconic careers in history.