You can’t go far in the world of country music without hearing the name Kendell
Marvel. He has written many great songs that have been performed by the
likes of Jamey Johnson, Chris Stapleton and George Strait to name a few.
He also hosts a monthly Honky Tonk Experience show at the famous Exit /
In. Marvel has finally released his debut album Lowdown & Lonesome and
it’s a good one. Kendell Marvel has taken some of the best parts of the
people he’s worked alongside in Nashville and created some good, real
country music.

It’s bluesy like a good Stapleton record one moment, and hits you hard with
the thick honky tonk outlaw sound of a Jamey Johnson record the next.
Kendell Marvel has a powerful voice to pull it off too. Songs like “Gypsy
Woman” and “Lowdown & Lonesome” are the kind of tracks that will stick with
you cement Marvell as his own hit maker. Another highlight is “Untangle My
Mind” which features some honky tonk piano.

“Untangle My Mind” is also notable as one of the album’s three Chris
Stapleton co-writes. The other two “Closer To Hell” and “Trying Not To
Love You” are also highlights. Honestly, there isn’t a bad song on this
album and it is sure to find a spot on my year end top albums list. The
Charlie Daniels cover “Drinkin’ My Baby Goodbye” with Jamey Johnson is a
good way to close it out.

If you want some good country music that will hold you over till the next
Stapleton or Jamey Johnson album hits, this is the record for you. It hits
all the right notes and Kendell Marvel’s first step into the spotlight is
amazing. I highly recommend everyone go and buy or stream this album now.
It is available everywhere digitally and on CD at Kendell Marvel

1. Kendell Marvel – Lowdown & Lonesome
2.Lowdown & Lonesome
3.Gypsy Woman
4.Heartache Off My Back
5.Watch Your Heart
6.Untangle My Mind
7.Tryin’ Not To Love You
8.Hurtin’ Gets Hard
9.Closer To Hell
10.That Seat’s Saved
11.Drinkin’ My Baby Goodbye 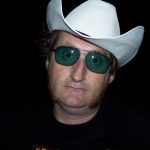 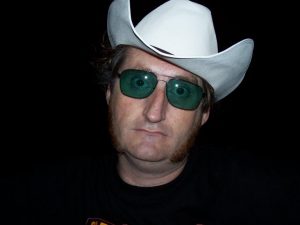 Laid Back Country Picker is one of those artists you hear about through the
grapevine. Either you see his videos on Youtube, you see someone wearing
his shirt or you see a friend post about his album online. There is an
infectious quality about the single he released titled “Magoffin County
Cadillac”. The entire self titled debut album has that same quality that
draws you in and doesn’t let go.

“Magoffin County Cadillac” is the best track of the record. It’s a great
song about buying quality, cheap former police cars at police auctions.
It’s actually refreshing because it’s not something you hear about a
thousand times in other country songs. “I Live In The Now” and “Gangsters
and Preachers” are other highlights. They keep that same classic country
sound that makes “Magoffin County Cadillac” so good.

It is worth mentioning that John Neff plays steel guitar on this record.
He played on a lot of the Drive By Trucker albums including my personal
favorite Brighter Than Creation’s Dark. “Kathy With An Eight Ball” is a
simple track that is essentially a show piece for his work as it features a
long steel solo that is worth checking out.

1.Laid Back Country Picker
2. Magoffin County Cadillac
3.Party Line
4. Kathy With An Eight Ball
5.I Live In The Now
6.Gangsters and Preachers
7.David Bowie
8.Put Me Away
9.Jim Frank

I’m here tonight seeing Mr. Ward Davis play what I call a house show in Bowling Green at the Warehouse At Mt. Victor, which is a very nice venue. I believe the only single complaint I have ever had was lack of food sales, so I went over to get a pizza at another venue. This is a very spacious and place to see a show in my opinion, and I enjoy meeting new local area friends here.

There is no opening act here this evening Its pretty much an entire evening with our pal Mr Ward, which isn’t really a bad thing because I for one am in the mood for some damn good Country Music here tonight. He is planning a new album soon with songs like “Geronimo” which I plan to catch on video in this article here.

My last run in with Mr. Ward was this summer for Tumbleweed Festival 2017 and although I shall be at Blue Ox next year reporting live there. Ill have my right arm Mr. Joshua Wallace there next year for me. So you can rest assured despite my physical absence, my website will be there. In fact I’ll be attending a TON of festivals in 2018 like always.

Mr. Ward opened his show with ‘Almost Goodbye” which included some really good guitar solos and he followed that up with “No Going Home”. The Third song he said was a song that Ray Scott wrote called “Papa And Mama”, which you can find on his 2014 self titled album.

Like I previously stated I filmed video of the song “Geronimo” which will be on his new album, so right now let’s watch that before I go on talking about more of the show…

He then went on to talk about his regret about loosing Mr. Tom Petty, and went into playing a cover of his B side song called “Something Big”.  Perhaps one of the highlights of tonight’s show was the ballad song he wrote with Mr. Cody Jinks called “Colorado”, it has some truly fine guitar work on it. He displays such a heartfelt feeling in his voice on this song, and it’s a well written song.

I have always enjoyed the way he plays “The Highwaymen” but like I mentioned before HIGH on the top of my TOP 50 list for it’s respective year, was the album Django And Jimmie. This album was the sixth and final collaboration between Legends Merle Haggard and Willie Nelson, before the death of Merle Haggard.

‘Unfair Weather  Friend” is an absolute masterpiece, and Mr. Ward deserves EVERY accolade he has been bestowed for writing this song with Miss Marla Cannon-Goodman. I know Mr. Buddy Cannon is one of my favorite songwriters, MY favorite song he wrote was the Mel Tillis song “Pyramid Of Cans” on the southern Rain album BUT George Jones also recorded it, and it also inspired an Alan Jackson song..check that song out after this. So let’s watch him perform “Unfair Weather Friend” OK?

Another of my favorite songs was next called “Old Worn Out Cowboys” that on the album had help from Mr. Jamey Johnson and Willie Nelson. You know this venue was a truly nice and personal place to watch Mr. Ward play but alas he IS growing. I want to take this time to publicly express how proud I am of him and Mr. Cody Jinks for achieving the Ryman status. I’ll be there next weekend for you Sir, and if you are reading this…you worked hard and earned it, Sir!

“Get To Work Whiskey” was next followed by another good song called “Lost in My Hometown” that I relate to because the farm I grew up on is gone. My home is a subway now, ugh…

He played a great cover of Johnny Cash’s “Big River” that was recorded under Sun Records in Memphis in 1958. He played “I’m Not The Devil” OF COURSE that he wrote with Mr. Cody, and it was his hit album title. Also one of my TOP albums of the year.

“15 Years” was next followed by a GREAT cover of Mr. Ronnie Milsap’s song “Stranger In My House” from his 1983 album All Keyed Up. I’ll tell you what I AM a HUGE fan of Mr. Ronnie Milsap. I LOVE his late 70’s early 80’s piano honky tonk. I call it pianotonk, the likes of Jerry Lee Lewis and Mickey Gilley.

‘So What If I Do” and also “Don’t Forget To Get Stoned” were the encores for us tonight, and of couse he was kind enough to talk with everybody and take pictures.