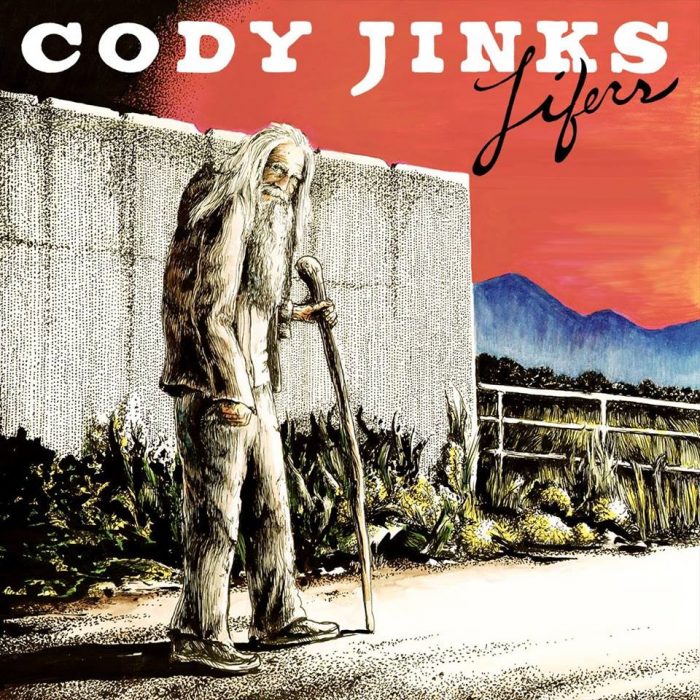 Cody Jinks has returned with his label debut on Rounder Records called Lifers.  This is a follow up to his critically acclaimed release I’m Not The Devil which reached Number 4 on the country Billboard charts.  Cody has turned in an amazing album with Lifers. I feel like this is a record that over time will be a favorite of many of the Flockers.  Let’s take a deeper dive into some of the songs here.

The album opens up with a killer track called “Holy Water”.  It’s an up tempo tune about fighting the demons you can’t escape and trying to chase them down with a shot of holy water.  I also dig the second track “Must Be The Whiskey” which is a co-write with Josh Morningstar. It’s an ode to whiskey and the reasons we drink that is sure to get honky tonk crowds going wild.

I also love the track “Somewhere Between I Love You And I’m Leavin’” written with Whitey Morgan.  You can hear Whitey in this one and it’s one of Jinks better slower songs. We pick up the tempo a bit with “Big Last Name”.  This song features both Ward Davis and Paul Cauthen on the co-write and it shows. You can hear flares of both men’s style in this track about those women who are always chasing money and fame in the man they marry.  Paul Cauthen also helps out with the track “Desert Wind” and you can hear his funky country-western influence on this Jinks tune.

Most people who have seen Cody Jinks or Ward Davis live are familiar with the tune “Colorado” which was written by both men.  I feel like this is one of those tracks that will be on Cody’s set list for a long time to come. It’s a tune that paints a picture of a time and place the narrator is obsessing over, and we’ve all had those moments we just can’t let go of, even if the connections to them are long past.

The tune “Can’t Quit Enough” is another faster tune about the vices we live with and try to quit.  It also works as a parallel to Cody’s life as a honky tonk singer. I really dig Cody’s take on the Billy Don Burns tune “Stranger”.  It stays true to Billy’s original tune while having a lot of Cody’s style. Finally, the album closes with “Head Case” which is the only tune solely written by Cody Jinks on the record.  It’s a tune that touches on sanity both on a personal level and the questions we deal with as a nation watching our heroes fall due to different mental issues. I really dig the pedal steel solo from Austin Trip to end the album.

Cody Jinks has turned in what might be his best album yet.  I can safely say any fears you had about being signed to a label changing anything about Cody Jinks have been squashed.  This is 100% Cody Jinks and you will know it from the moment you hit play. Jinks has turned in what I feel like is his best album to date with Lifers.  I can’t wait to hear all of these tunes live. Lifers is available everywhere you find music on Friday July 27th, 2018.