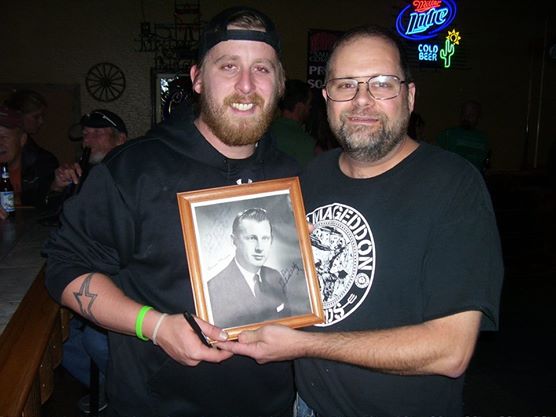 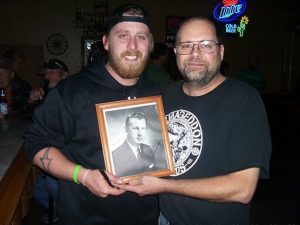 Well folks I’m at a really good venue Spillway Bar And Grill for several of the opening bands that have
their own article and Jesse Keith whitley who is performing last tonight.

John King And The Mud River Revival are performing right now.
They had a pretty good set and I’ll be doing further reporting on them in the future.

The next band Shot Time And Cigarettes have their own separate article
launching tonight.

Now returning to this article
He opened his set with “Seminole Wind” Made popular by John Anderson.
And now he’s playing “Where Would I be Without You”.

It’s always so fun to be here at Spillway eating Moonshine Wings.
He’s playing another good song called “I Can’t Drive You from My Mind”
which is on his current album.

I want to point out what I think is important to this show and
ALL of these third generation grandchildren and children of the stars.
They all have their own “feel” and direction in my opinion.
Everyone has their own opinion and like or hate certain ones..but they
all have their own direction. He does a little bit of everything
to be honest.

He is telling stories about Jamey Johnson and played Ray Ray’s Juke Joint.
Honestly there is major things happening in Nashville right now and
I’m keeping tabs on that too.
He’s playing one of his mother’s songs “Good As I Was To You”.
Which Don Schlitz wrote.

He is playing his father’s song “I’m Over You”.
And Bob Seger’s “Turn The Page”. As I write this it is all actually happening
and I had problems uploading photos at the Spillway which
was not a big deal.
He is playing an acoustic number “She’s All Lady” which was recorded
by Jamey Johnson as well.

With his full band returning to play more Keith Whitley
songs like “Don’t Close Your Eyes”.

He’s doing an original song now called “Shadows” about his
father and closed his set with several more.
I had a really good evening all in all and I look forward to
more shows here in the future.
I look forward to seeing everyone at Outlaw Fest next week.

He then signed a personal piece of my collection which was a VERY RARE
hand signed photo of his Grandfather George Morgan that was signed to
Country Legend Jack Greene. I believe it to be circa 1950’s right about when
Hank Williams died. I plan to have his mother Lorrie Morgan sign it as well.