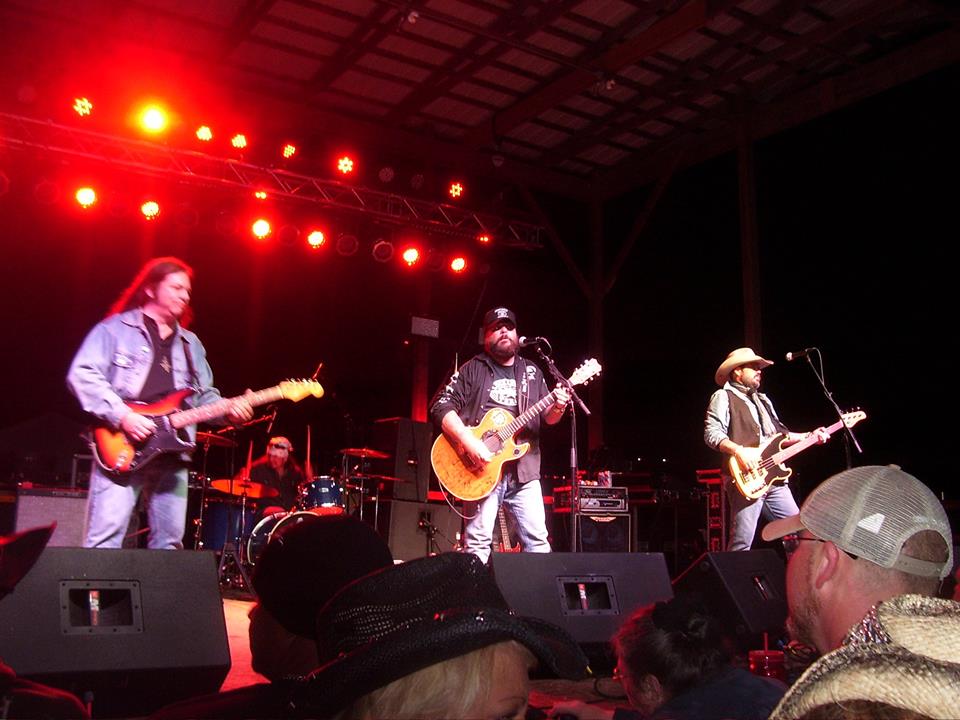 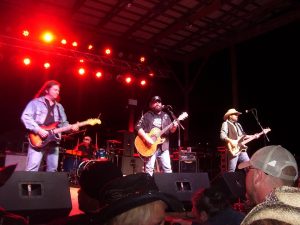 Well it was the chilliest and dampest night of the weekend Saturday night.
The stage was still in shambles from J.B.Beverley and The Wayward Drifters
and we was ready for more.

Country Legend Billie Gant just released a new album “Vigilantes At Large”
this weekend at Outlaw Fest and I was busy in my tent selling copies for him
and shirts. Both he and Tom Ghent were selling merch in my tent along with
Brandon Atwell and R.C.O’leary and more.
I was busy PLUS I was STILL running soap and shampoo bags to bands loading and unloading
all weekend.

So when Billie Gant took the stage it got PACKED with people that rushed the stage for him.
He stands stalwartly over the crowd and delivers a stellar performance EVERY TIME I have seen him.
You can hear and feel the history in his voice, and you can close your eyes and feel the long
hard cold road he has been on.
Billie Gant has been at this for decades…almost longer than Iv’e been alive.
To grab his hand and hold it is to hold onto history and many many years of broken bottles.

He opened his set with 11 Months and 29 Days which was made famous by Johnny Paycheck
and was written by famous producer Billy Sherrill most known for his producing Tammy Wynette
and George Jones.

‘White Trash Crack Whore” is from his new album and trust me folks I been spinning it all
weekend..It’s THAT GOOD.
Followed by “Rueben Dixon” it’s an even better combination. What a damn fine set!

“Hezikiah’s Heart” is another one off the album. I’m telling you the WHOLE damn album is
a masterpiece and is one of my favorite acoustic albums in a LONG TIME!
He played “Blood In The Sand” and then he played what is becoming an underground country
music anthem “Stop Fucking Up Country Music”.
I mean the title is self explanatory! But hey don’t take MY word for it…BUY IT!
He closed the show with “No God In Juarez”.

The BEST SET of the weekend in my opinion BAR NONE was the mighty Dallas Moore.
He is one of the prides of the underground outlaw country scene and just
absolutely leaves stages in shambles.
He is one of the TOP 3 most talented guitarists in the roots music genre along with
Rory Kelley and James Hunnicutt.
When he does an acoustic instrumental EVERYONE is silenced and in awe.

And I got some BIG NEWS for you Dallas Moore fans. On January 31st 2015
Dallas will have a release party for his NEW ALBUM “Tales Of The Dark Horse Rider”.
The party will be at Bobby Mackey’s Haunted Honky Tonk in Wilder Ky.
And he played a few songs off the album for us this night.

He opened with ‘Honky Tonk Hero’s” and played two originals for us
“Rollin On” and “Hank To Thank”..both off previous out of print albums
that I am not stopping until I FIND!

Billie Gant joined him for ‘Hot Blooded Mama” and one called “Outlaw Country”.
And also played “Freeborn Man” with him, I like his version as well as Junior Brown’s too.
Then he played a few NEW songs for us at Outlaw Fest. One is called “Beats All I Ever Seen”.
“Raisin Hell And Slinging Gravel” and another good one called “Bible And A Bottle”.

I AM an Altamont Original and I’m proud of it…we ALL ARE!
I met alot of these people for the first time at that festival last year and Mr. Dallas
was one of them. “Up On That Mountain” is a song dedicated to ALL of us Altamont Originals.
He played “Paradise” off his album he just released with his mother
Whom I was sad I didnt get to see Madgelee there.
Paradise was made more famous by the Nitty Gritty Dirt Band but was written by Country Legend
John Prine in 1972 for his debut album.

He then did his famous instrumental and then played “Twisting Through Texas” and
“Blessed Be The Bad Ones” both off his newest album of the same name.
Also he played “Crazy Again”.
He did some Allman Brothers tunes “Whipping Post” and another cover song
before going into “Amazing Grace”.
Closing a Dallas Moore show with a song like Amazing Grace….was amazing.