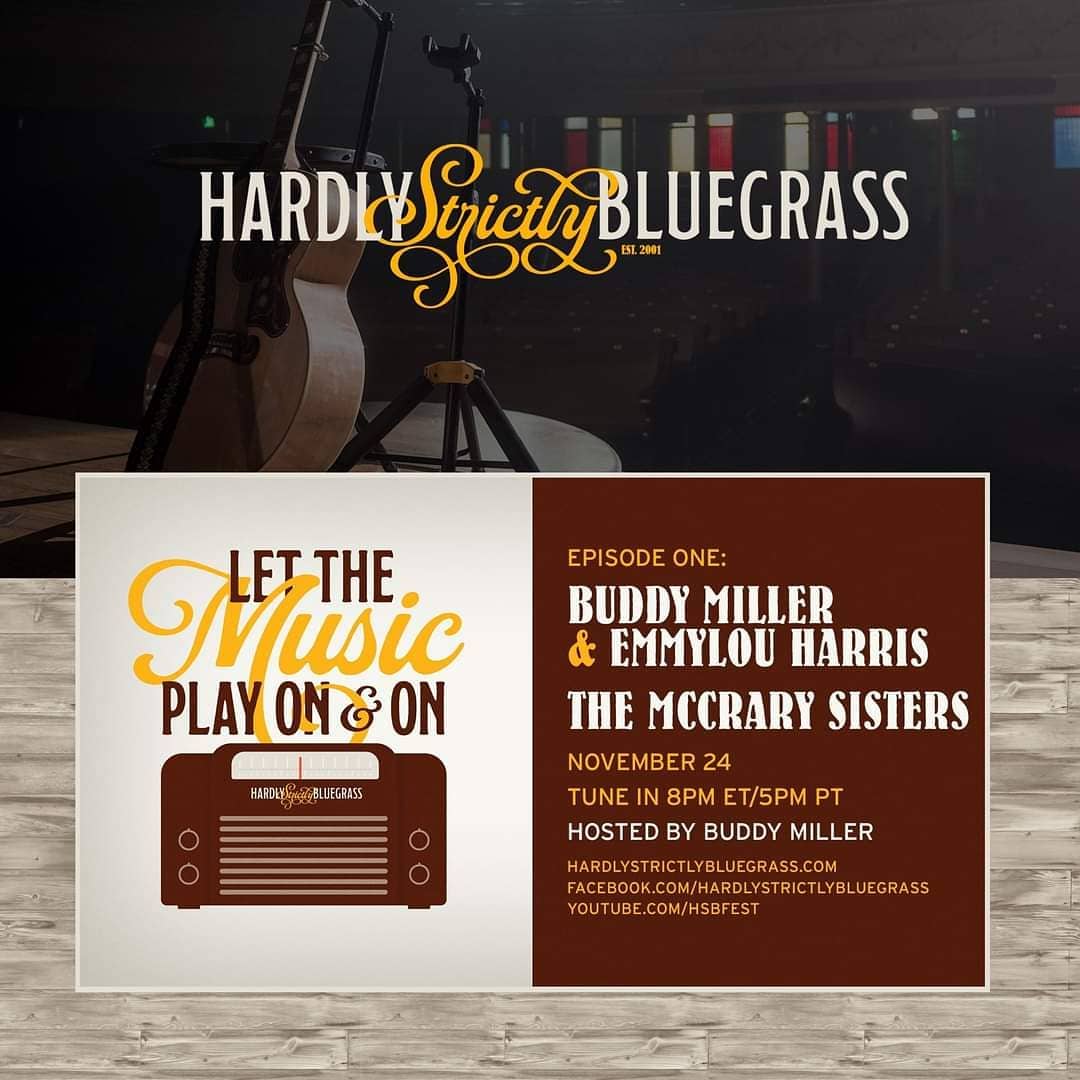 This one is truly an event that I am anticipating so so much from my friends at Hardly Strictly Bluegrass. It’s an extension of their popular show “Let The Music Play On” that was viewed over ONE MILLION times.

I mean how can we not absolutely adore the timeless classic Bluegrass and other genres that this festival exemplifies. Through the extensive tenure of this festival and this “brand” if you will, I have become acquainted with so many artists and bands.

But why don’t you let me write some more statements about why I love this festival more than some of the other ones I feature on here….THIS ONE is FREE! now wait just a minute Mr. Gary is that such a good thing? HOW does that REALLY HELP local music? Well….let’s delve into just why it does!

Many casual music lovers and festival goers both do not always comprehend the  intense financial edifices and equations one has to have to fully pull off an ongoing festival like this one. Mr. Warren Hellman does. You see, in 2001 he began this festival with his own money and a dream.

His dream was to inculcate the fact that his festival would always be free and came with the intention that people would spend more money on the band merchandise and food vendors than tickets. In fact, he was oftentimes contacted by major sponsors many times and always turned them down.

The event itself draws record breaking crowds of people, in fact in the past it has assembled more than the entire population of San Fransisco. From the very start Miss Hazel Dickens was intended to be the headline act, however she declined at first. Eventually she became a staple headliner until she died in 2011.

The festival name and scope was changed when, at the very first festival in 2001, Miss Emmylou Harris played with her not strictly bluegrass band. Hellman was a fan of her bluegrass sound under the band name Nash Ramblers, but at the time she was touring as Spyboy. She played the festival as Spyboy, which had a New Orleans style rhythm section. Hellman did not complain, and “Hardly” was eventually added to the name of the festival in 2004.

November 24th I shall be tuning into the video series with passionate interest as to what will be in store for me as a fan on this episode here…..

We want to thank all of you for watching our broadcast last October. “Let The Music Play On” was viewed over 1 million times. Together we raised over $500,000 for Artist Relief. That is amazing, please know how much we appreciate your support.

Beginning Tuesday, November 24th we will be releasing more footage, along with interviews and additional archival memories. We are starting right before Thanksgiving and taking you with us through the holidays and into the new year. Our first episode is hosted by Buddy Miller and features his performance with Emmylou Harris and several songs from The McCrary Sisters. Please join us every other Tuesday, starting November 24th, at 8PM ET/5PM PT as we “Let The Music Play On & On”.

Over the last twenty years, for one weekend every October, Hardly Strictly Bluegrass has brought together some of the most iconic and revered names in roots music for a free celebration in San Francisco’s Golden Gate Park. This year we took the show on the road to bring you even closer to artists with recordings and interviews from their hometowns. Please join us as we “Let The Music Play On & On”. Episodes are EVERY OTHER TUESDAY starting November, 24 8pm ET / 5 pm PT Website: www.hardlystrictlybluegrass.com Youtube: www.youtube.com/hsbfest Facebook: https://www.facebook.com/hardlystrict…

We hope you are all staying safe and we look forward sharing the music with you.