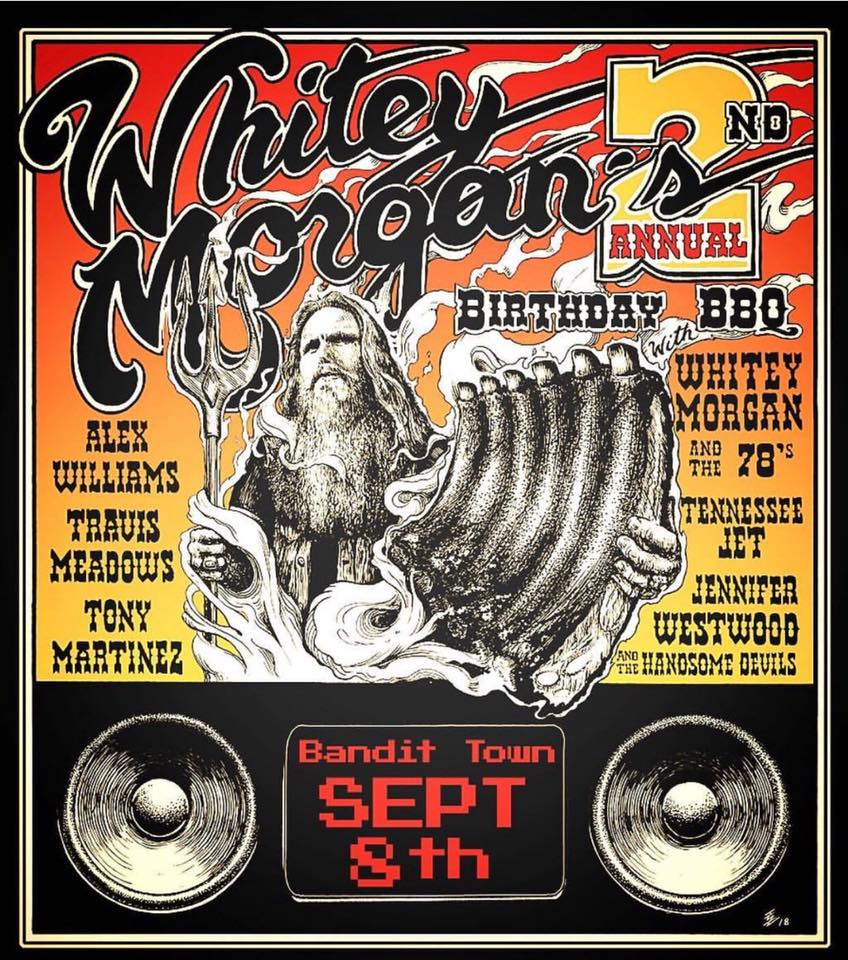 If there is one performer of this recent surge of (what’s being called) “Outlaw Country” today, that has exceeded upon proving his relevance it’s THIS MAN….Mr. Whitey Morgan. Allow me to elaborate on this by taking yourself back to the Myspace days of 2007, when you could discover bands with their music RIGHT THERE for you to hear. That’s what happened to me with this Flint Michigan based outfit here, called Whitey Morgan And The 78’s, whom were ORIGINALLY called The Waycross Georgia Farmboys.

It was late in the year, almost 2008, when I discovered them after they released the first album “Honky Tonks And Cheap Motels”. I was dirt poor fresh out of a nasty divorce that cost me thousands, and bands like Hank 3, Bob Wayne And The outlaw Carnies, Honky Tonk Hustlas, and others were forming the Roots Music scene.

Whitey Morgan was already a hard working, hard touring unbelievable machine, however in 2010 the band itself took form with the release of the self titled album. Closer to 2012 when Mr. Brett Robinson joined the band on steel guitar, I interviewed him a while back in my Steel Guitarists Series.

He has a BRAND NEW album coming out on October 28th, and I’m sure he played some new songs at this past weekends Loud And Heavy Festival but I shall unveil the tracklist for you here. The album is called “Hard Times And White Lines”, and will be available soon.

Another piece of news I wanted to touch on about him here was the second annual BBQ Birthday Bash on September 8th at Bandit Town USA out in California, and this year’s  lineup includes:

I also would like to remind everyone that he is playing the Ryman Auditorium this weekend and tickets are still available, you can pick those up RIGHT HERE.