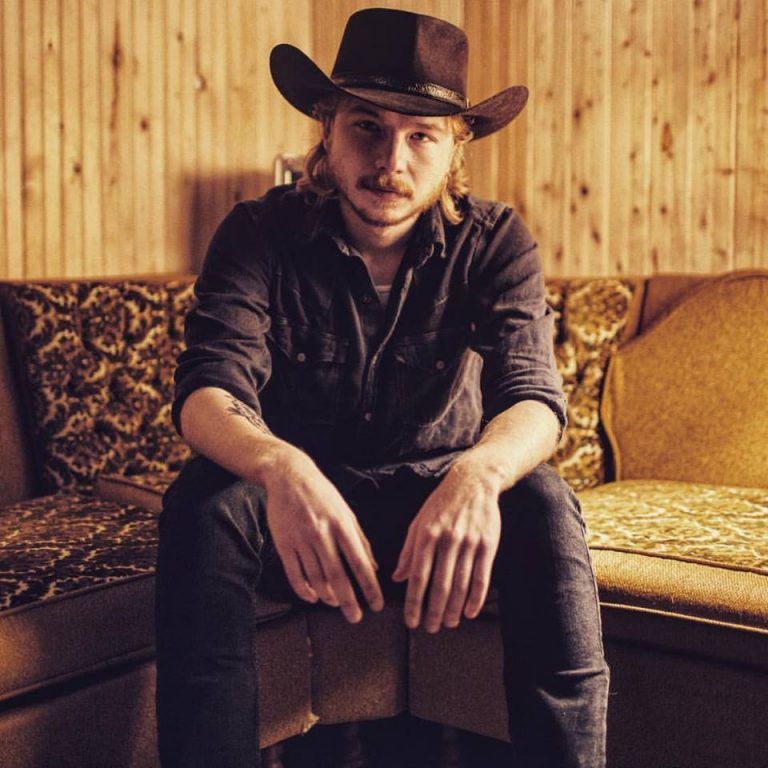 Well folks earlier today about 8 AM I was a guest on Big G’s Texas Road Show and I was talking about my TOP 50 OF 2016 and It’s TIME NOW I reveal my 2016 Artist Of The Year to be none other than Mr..Colter Wall.

His latest album Imaginary Appalachia got placed on my TOP 50 last year in 2015 and I finally got to cover his set this past spring at W.B.Walker’s Third Anniversary Show at the V Club in Huntington West Virginia. Now folks, there were several factors that embellished him and made me choose him to receive this accolade.

He does many shows and just recently did some fund raising work in West Virginia with the Honky Tonk Heroes where they raised money and toys for children at the holidays. He also performed a wonderful opening segment at the Ryman Auditorium with Lucinda WIlliams on her Ghost Of Highway 20 tour. In addition to all this he will be performing at the Nashville City Winery opening for Steve Earle And The Dukes on January 19th.

Garyhayescountry.com recently stopped a few moments to speak with Mr. Colter on the telephone concerning his future endeavors after he returns home for the holidays. He has been in the studio RCA Nashville recording his new album which will be self titled and will have Dave Cobb at the helm as producer. This will be his first full length album and will contain ten songs, with a spring of 2017 release target date. It will involve many great musicians including my good friend Jason Simpson on bass guitar, he’s a very talented musician and a great man.

Of course you can rely on Garyhayescountry.com for future information concerning this project and future news from Colter Wall as he plans to tour nationally in support of this album. This native Canadian young man has moved to Kentucky to further his career and to deepen his strength within the Americana movement. He told me in the phone conversation that he is grateful to everyone for welcoming him with open arms into the local music community.

He made a lot of friends in the West Virginia area within the confines of W.B.Walkers base of operations bar in Dingess West Virginia where he and Justin Payne hang out with my brother W.B. and Tyler Childers and many more. The style and fashion that Mr. Colter delivers his lyrics to his audience is unlike no other in the game folks, you just have to be a personal witness for yourself so I will post a video as well on this article.

As I discussed earlier today on the radio with Mr. Gordon Ames you haven’t yet begun to witness the REAL Country music revolution brewing in the bars and local clubs of EVERY hometown Honky Tonk. The Vinyl LP is making a HUGE comeback and more radio stations are bringing the record player BACK INTO the DJ room. The Honky Tonk sound is returning and becoming more commercial and tangible with each passing moment. A whole new audience is on the rise with wallets open and ears tuned to accept and welcome the returning sounds of steel guitars and well written lyrics that emanate whiskey and sin…and Colter will be a willing performer of such music..you wait and see!