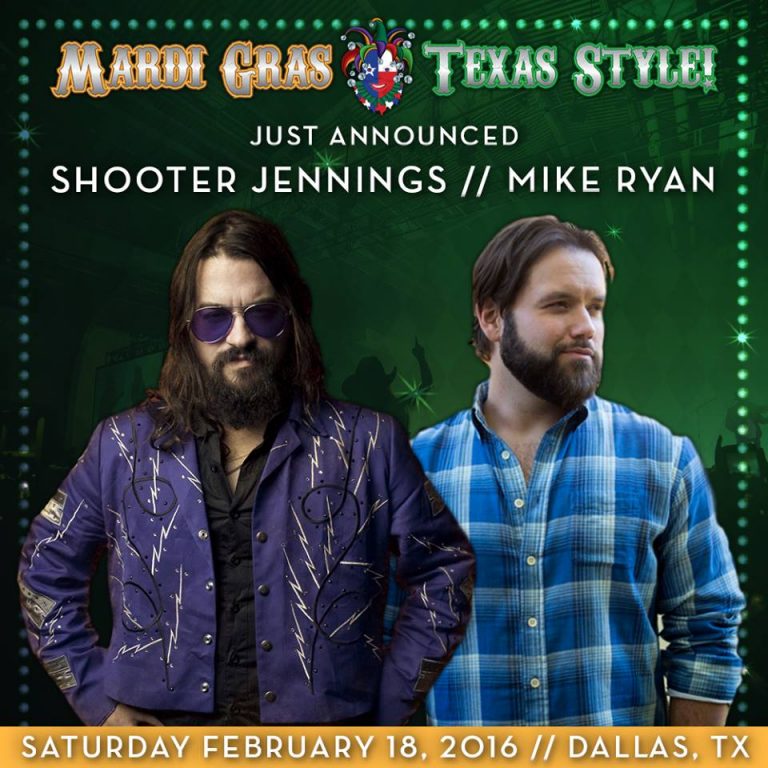 Ok everybody as most of you know I have many music festivals being featured for you on this website and Mardi Gras Texas Style is nothing short of amazing in many ways. To be honest there aren’t many on my radar or in my inbox until at least March, however I found a few for Feb. Down there in Dallas Texas we have a Red Dirt one day festival going on with some awesome acts like my buddy Shooter Jennings and MORE! Here’s the details and the lowdown complete with ticket and hotel links.

I love music festivals because they bring many acts together into one large (or in some cases smaller) area for me to cover at one fail swoop. Now granted festivals ARE difficult to cover for just one man but doggone it I’ll do my best to bring you the BEST 2017 festival coverage I possibly can. I especially would like to continue to bring more of the red Dirt Texas Country sound to my website and it’s events like this that warrant my opportunity to engage in such music.

You can label it “Red Dirt” or “Americana” or “Roots Music” I just usually call it GOOD music that I feature on this website. And even though I am a little biased, Shooter puts on a good show I can assure you. This event looks to be an outdoor and indoor festival that will commence rain or shine and the front gates open at 2PM, I have included some general information on here as well. Both of the main stages are located in climate controlled buildings so you do not have to worry about inclement weather.

You will NOT be allowed to leave and come back to the festival and also coolers are NOT allowed. There is no camping available and there will be full bar services for patrons. Once I saw the lineup I was ecstatic about this event out there in Dallas, Now as far as the lineup It appears to be on five stages with sponsors naming the stages accordingly:
99.5 The Wolf:
Casey Donahew
Stoney LaRue
Mike Ryan
Parker McCollum

I have been wanting to get out to Texas for some time now and one day soon I plan to remedy that portion of my bucket list. You can purchase tickets for this event HERE. As always upon looking at websites and doing research of different areas I found a suitable list of accommodations for you if you see what you like PLEASE patronize  this event.

In closing folks I wanted to tell you I have a TON of festivals coming in through the grapevine and I’ll be posting up more festival articles soon, exposing TONS of more bands.  Folks there is SO MUCH good music out there waiting to be heard and supported by people like YOU!  Go find it!