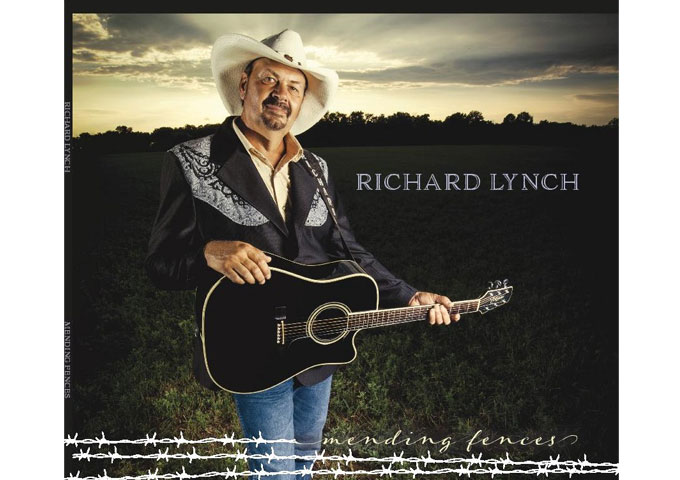 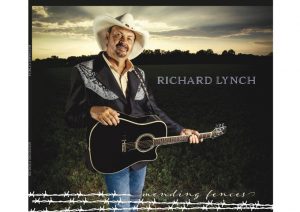 Folks I apologize about the delay in making album features as I have been incredibly busy with festivals, however I wanted to stop and tell you about a few albums here on the website that I strongly urge you to go pick up. Richard Lynch has had a successful Country Music Career that has spanned three decades up 5there in Ohio.

He is a prominent part of the local music scene up there in Ohio, and as most of you know I pay close attention to bands like The Tillers,Hocking River String Band,Mr. Dallas Moore and Mr. Heath McDaniel. Well, Richard Lynch is no exception to that long list of fine musicians that emanate from the Ohio area. I mean, folks the long list of bands and venues from that area I could talk about is endless. Not to mention festivals, my major function I write about here, some of my favorites come from the Ohio area.

I’ll be honest the list of new releases already in 2017 has blown me away, There is easily a TOP 50 now before the year even comes to a close. Of course I also involve myself in many genres, Traditional Country is one of my favorites. I LOVE what Tracy Pitcox does out there in Texas with Heart Of Texas Records, or out on the West Coast we have many REAL Country bands.

Just recently Mr Richard and Country Legend Ronnie McDowell recorded a mighty fine duet and you can read about that HERE as they tore up the Midnite Jamboree.

Shortly after that I received in the mail the new album from Mr. Richard Lynch called “Mending Fences”. Upon reading the credits RIGHT AWAY the song “When You Send An Angel A Letter” grabbed my attention because my good buddy Jeff Batson helped write that song, and what a great song it was. It contains a really good hook typically used in songwriting, but they implement it’s use in this situation to keep it from becoming mundane. “When you send an angel a letter, what the hell do you write”? Now that was a truly cool song, well written and it was a good choice on Mr. Richard’s part.

This album was produced by Edgel Groves and Randall Griffith and it showcased his vocals truly well, that’s honestly on of the things I look for in new releases as well as some mighty fine steel guitar work by Steve Hinson. It’s self titled track “Mending Fences” is perhaps one of the best songs on this album, he delivers the vocals in such a heartfelt and convincing manner it cannot be passed up on.

“Back in Love Again” is a powerful duet with Bluegrass Legend Rhonda Vincent that compliments the rest of the album truly well. And honestly in most cases I sometimes frown upon an album where the artist chooses songs from other writers in today’s age, Mr. Richard identifies truly well with the songs he chose and sings them like they came from his own heart. That is kind of a double edged sword, I miss having those Country Music Songwriting Legends, but I appreciate an artist that writes their own songs more now.

“Worth Saving” was a song he did co write and it did identify with him thus brought me closer to him as an individual and helped me overcome the frivolous task of wading through thousands of songs to find true Country Music treasures. Honestly this album is a true necessity for the yawning statement from people “There Is No Country Music Anymore”..or “Country Music is Dead”. We need to take album like this one and shove it down their throat and satisfy their palate.

This album contains some mighty fine songs, It’s not his greatest offering out of his entire collection BUT it’s nothing short of amazing. I wouldn’t be surprised if it doesn’t end up on my TOP 50 of 2017 on some juncture of the spectrum.

TRACK LISTING:
1. Daddy’s Words
2.When You Send An angel A Letter
3.Mending Fences
4.In Over My Heart
5.Crazy Man
6.Back in love Again
7.Cut And Paste
8.Think And Drive
9.Worth Saving
10.Things You Shouldn’t Do
11.Knock Three Times
12.Country Music Isn’t Country Anymore