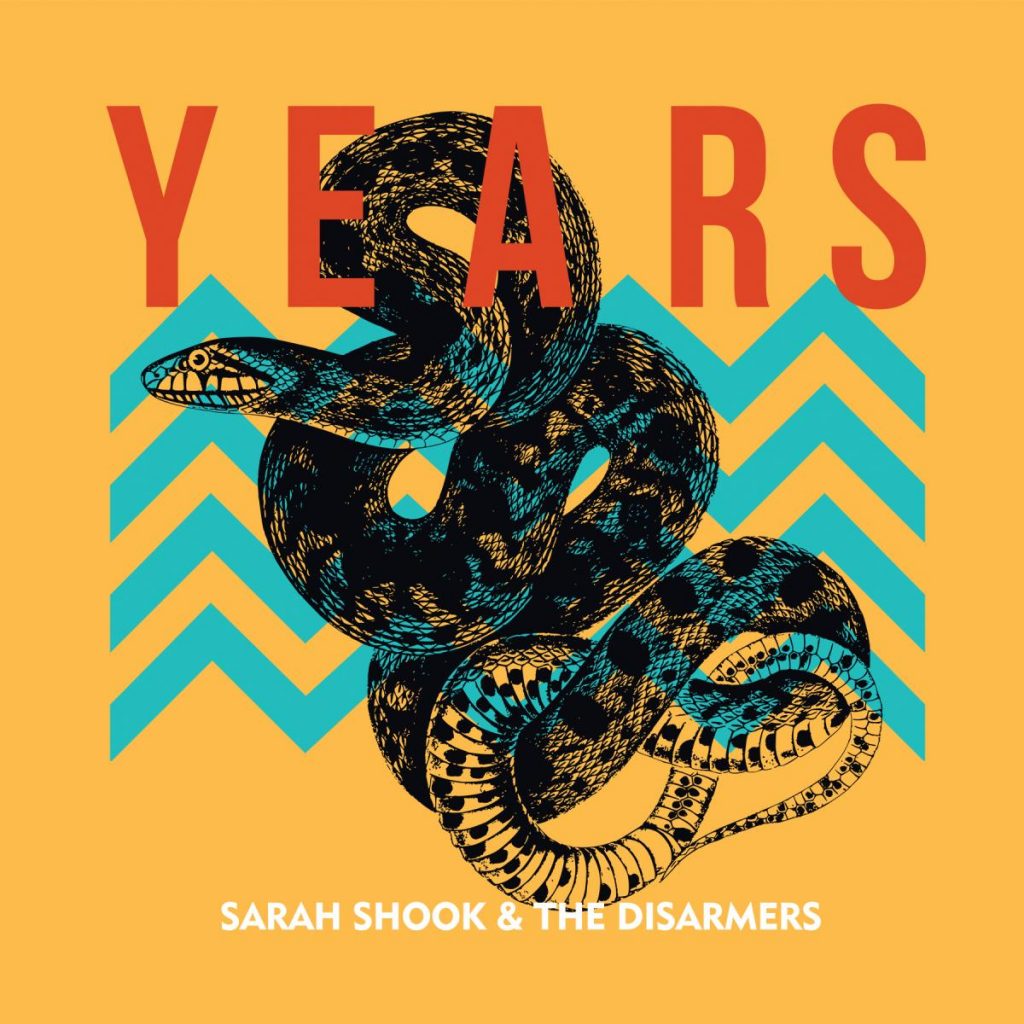 Sarah Shook & The Disarmers have come a long way since the 2015 original release of their first album Sidelong.  The album was re-released in 2017 on Bloodshot records and found a much larger fanbase ready to embrace a country singer with a punk rock attitude and classic country sound.  Sarah Shook’s 2018 release Years features an even more traditional country sound but still carries the same fuck you attitude that Sidelong had.

The album’s lead single “Good As Gold” gives you a good idea of what this record is all about.  It’s a good traditional country sound bolstered by Sarah’s songwriting and some amazing pedal steel guitar by Phil Sullivan.  Another early release track that is actually receiving good reactions at live shows is “New Ways To Fail”. It features a catchy hook that has the line “I need this shit like I need another hole in my head” which goes over well with live audiences.

“The Bottle Never Lets Me Down” is another favorite track.  It is not a cover of the Merle Haggard tune with a similar title.  This is Sarah bemoaning the fact that a bottle of liquor is more trustworthy a lover.  Sarah’s southern drawl was made for drinking songs and it shows here. Another track that was received well when I recently saw Sarah Shook live was “Damned If I Do, Damned If I Don’t”.  It’s a more rocking number that is a pure foot stomper. Another great track is the short but rocking “Lesson” which features some killer guitar work from Eric Peterson.

Sarah Shook is proving to be the female version of the country side of Hank 3 with this album.  Years has traditional country sounds, but at the same time the album carries a punk rock attitude and sneer that many fans liked about the early Hank 3 records.  The lyrics are both revealing and defiant. It all just feels real. Sarah Shook is currently out on tour playing many of these songs live. If you’re at Muddy Roots this year I highly recommend checking out her set.  Years is out everywhere on Bloodshot Records on April 6, 2018.