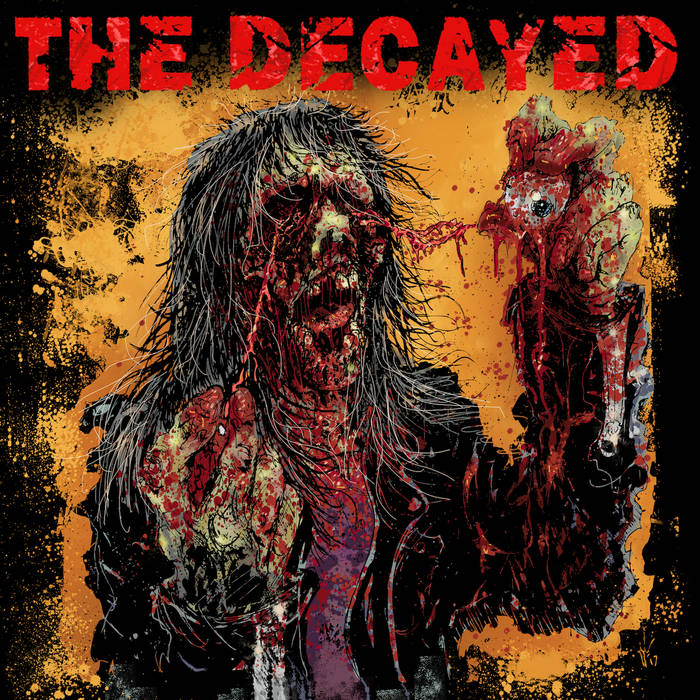 You know folks I do many genres here on this website, and I don’t really do stray off my directory much. But every once in awhile it’s fun for me to veer off my path and indulge in some good old fashioned Thrash Metal. This past spring at Moonrunners Music Festival my friend from the Chicago area Mr. Jahshie P brought us his band called The Decayed.

They offered a special blend of Punk infused Thrash Metal from the Chicago area, which has always been a prominent scene for that kind of metal. They recently released a six track Self Titled EP early this month, and I wanted to take a moment and tell you about the album.

To be completely honest I haven’t really enjoyed Metal  as much as I once did as a young man in the 80’s because it just strayed so far from that format, and this album did bring a little of that back with the bass rips on the song ‘A Better Way” clearly audible.

This album also offers a copious amount of punk metal roots influence as well, and I’m not really familiar with that scene anymore but this album truly embellished my palate that wants that classic metal sound from a modern band, they truly stepped up to the plate and did that.

Mr. Jahshie  has always had my personal admiration for what he does on Outlaw Radio Chicago and with his Moonrunners brand, and his other bands as well. He’s one of the gang I don’t always get to see but when we do it’s always a pleasure to see him. The song “Not This Time” has a structure that is reminiscent of the classic “Big 4” type of metal I grew up with juxtaposed with punk metal of that same time frame, and I am not sure if that’s the intent of their direction here….but it was my personal opinion.

The sound quality and mixing on this offering is wonderful and easy to hear the lyrics on the songs as well as the guitar riffs on songs like “Beaten And Battered”.  I think if this band keeps at it, especially in the mid west scene they will garner much success doing what they do.

1.Beaten and Battered
2.The Dream Is Dead
3.Not This Time
4.Hopeless
5.My Decay
6.A Better Way