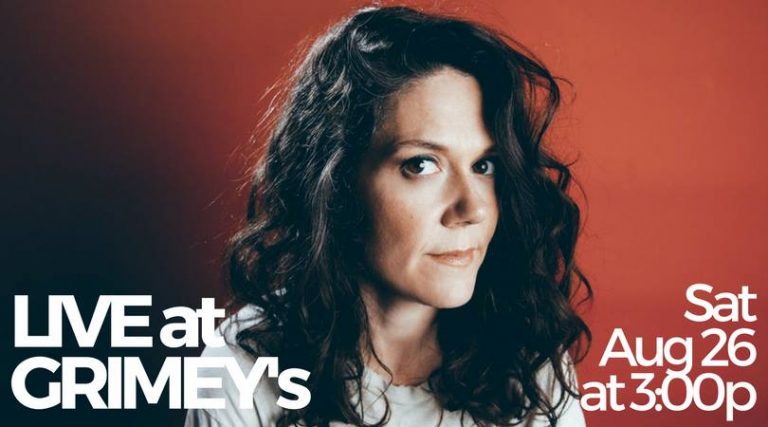 Grimey’s Record Shop has done it again folks, much like the last time I wrote about them hosting Cody Jinks releasing I’m Not The Devil we have yet another in store appearance from Miss Lilly Hiatt will play the local record store, however the album will drop the day before.

Trinity Lane will be her third album and it’s been a highly anticipated album within the Americana scene for quite some time now, spoken very highly of by other websites I follow for ideas and information. From what I have heard that’s been already released it’s going to be a juggernaut of personal struggles, and we’re going to get a better look at Miss Lilly from the inside out. Much like the last two Sunny Sweeney albums that revealed setbacks and also growth at the same time, I like to see this with ANY performer especially the females. They express feelings and thoughts better than male performers to me at times.

Produced by Michael Trent of Shovels And Rope this album will not be following any particular genre code at all, in fact it’s going to break them and stand out on it’s own.  The daughter of one of Rock music’s greatest guitarists John Hiatt, I believe she too has struggles to become identified as her own person as many children of the stars do. Much like I tell Mr. Shooter I’m always sad that people judge him on THEIR perception of how HIS parents were/are. I’m proud to say that I know HIM for who HE IS and not for what I THINK Waylon or Jesse were as parents.

I’m excited to see how this album will be so much different from her previous release and the storms that have been brewing inside her, as she shares the songs that she wrote in that apartment on Trinity Lane, hence the name.

This descriptive piece here is partly from an event website:

Lilly Hiatt went through many toils to finally reach Trinity Lane: she overcame heartbreak, she conquered alcohol abuse, she lived with the heaviness of knowing she had surpassed the age her mother was when she took her own life when Hiatt was just a baby. It was after a particular breakup when she moved to an apartment off Trinity Lane in East Nashville, off the beaten path from the town’s growing tourist draws – there, she started writing by herself, fresh off the road supporting John Moreland, mixing a sense of creative isolation with a newfound feeling of belonging in the idiosyncratic neighborhood. It was there, amongst those trees, where the songs started to work as both diary entries, expositions and therapist sessions in one, helping her to explore and decode what exactly was going on inside her own mind. Once completed, she took them to Michael Trent’s Studio Bees in Johns Island, SC, where he produced (his Shovels & Rope partner, Cary Ann Hearst, appears on a song) and Andy Dixon engineered, in a way that really hit at Hiatt’s playful, rock-focused core. “I like to rock out,” says Hiatt. “Trent really brought that alive. I wasn’t playing by the rules because I didn’t and don’t believe in them.” The songs on Trinity Lane have even helped Hiatt process things like the death of David Bowie, which functions as a metaphor for a lost lover. On the heavily nineties-tinged “The Night David Bowie Died,” she bids farewell to a relationship and to a musical genius while also evoking Veruca Salt-style vocals and guitars. Lilly Hiatt will join us for an in-store appearance on Saturday, August 26th at 3PM, the day after ‘Trinity Lane’ is released!