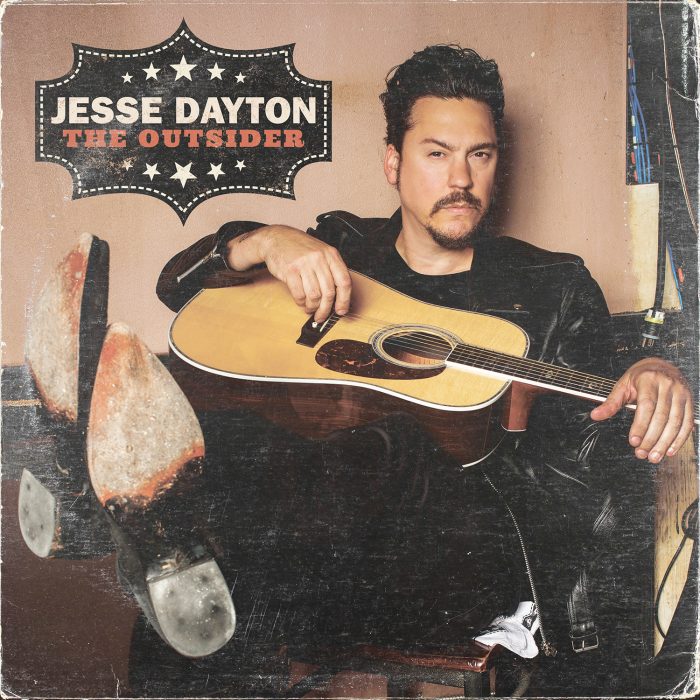 Outlaw country singer Jesse Dayton is back with a new album and the follow up to 2016’s The Revealer.  This new album is called The Outsider and picks up right where that one left off. This is still the Jesse Dayton we all know and love with his crass lyrics and outlaw country sound.  The Outsider brings in some quieter acoustic moments throughout the album to give some diversity, but it is still 100% badass.

I really dig the track “Changin’ My Ways”.  It’s a nice ballad about trying to change your ways for love and the troubles that comes with that.  I love the guitar solo on this track, and it really is a highlight. One of the preview tracks for the album was “Hurtin’ Behind The Pine Curtain”.  This one is a country rocker. It has a bit of a rockabilly twang to it’s edgy sound and I dig it.

Another favorite is the protest track “Charlottesville”.  I’m not always a fan of these political tracks, but this one is well done and has a punk rock acoustic string band sound that is awesome.  “Belly Of The Beast” takes you back to the roaring 70’s and the sound of outlaw country stars like Waylon Jennings. It pairs nicely with “Charlottesville” as it is also a bit of a political track.  Finally, I really like “Killer On The Lamb”. This is another more acoustic country number that has an outlaw country heart. I especially love the banjo work on this track.

This new album from Jesse Dayton brings in some new sounds, but overall it sounds like a continuation of The Revealer which is a good thing.  Jesse Dayton may get ignored by traditional mainstream outlets but he doesn’t really need it cranking out records like this. The Outsider is out everywhere today.

Favorite Tracks : Changin’ My Ways, Hurtin’ Behind The Pine Curtain, Tried To Quit (But I Just Quit Tryin’), Charlottesville,  Belly Of The Beast, Killer On The Lamb