ANOTHER Whole Bunch Of Album Features! 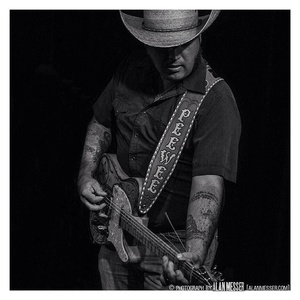 Well folks this is the third solo album from this blonde bombshell who is part of the trio of Pistol Annies, and once again it is produced by Vince Gill. I have said it before about Paul Franklin on steel guitar, he is the best session steel man of our generation. He makes me remember all the pickers of old that used to grace all our beloved vinyl albums. The only bad thing about this day and age that differs it from that era is there are not enough classic based steel pickers to go on tour to make the songs sound as good as the album at local shows sometimes.

I’m going to tell you what Ashley Monroe does some damn fine local shows and she is part of the real deal, but honestly this new album started out not so good for me. It just sounded kind of like her first album which I didn’t care for at all. BUT I tell you what, after the title song “The Blade” the whole album burst out into a fireball of Classic sounding Country Music that just flat out kicks ass. The Blade was a well written song with lyrics that really cut like a knife (pardon the pun) but remarkably she didn’t have a part in writing that song.

I’ll be honest, it’s going to be pretty hard to beat her last album “Like A Rose” and this album didn’t but it WAS a well recommended addition to your collection and it will remain in my current rotation. I highly suggest this album for purchase in many ways.

Another well written song was “If the Devil Don’t Want Me” which was written by fellow rising REAL Country singer Chris Stapleton was a great addition to this album. She included some really good beer drinking Country songs like ‘Dixie” and “I’m Good At Leavin'” I finally found what I was looking for in this album after a few songs I just had to give it all a chance…and I’m glad I did. It was co wrote by fellow Pistol Annie Miranda Lambert.

Now I took part of a public Q+A with Ashley not long ago and I asked her with the divorce of Miranda Lambert will it unlock some NEW music from the Pistol Annies? And she replied YES it will mean they will be coming around for a third album in the future and they ARE talking about a tour when certain business contacts are completed.

Holy Cow, if you want a close second to my top albums of 2015 this is it. It almost for a moment tied a three way for my top spot but I cannot do that, and so far Willie Nelson and Merle Haggard are tied with Alan Jackson for first place. THIS ALBUM however comes to a screeching close candidate for that spot.

It begins with the scolding of the music row garbage coming out today on the FM radio called “Get Out Of My Country”. It is a well written song with a beautiful Honky Tonk Country sound, in fact the whole album is solid one hundred percent hardcore traditional Country. The upbeat songs have the twang and thump of the good stuff and the slow songs are heartfelt and sad.

There is a previously unreleased version of “I’m the Only Hell My Momma Ever Raised” which he took and turned it into a duet with the late Johnny Paycheck. I thought it turned out really well and I enjoyed it, there is also a wonderful version of “America The Beautiful” toward the end of the album.

“Too Late To Save The World” was one of the best songs on this album and “There’s Still A Little Country Left” are both true proof of his songwriting abilities and there is no question as to where his heart lies. Daryl Singletary NEVER FAILS to deliver his Honky Tonk message of drinking and steel guitars.

Jason Isbell: Something More Than Free.

This young man from Alabama left the Drive By Truckers a few years back to pursue a solo career and pursue it he did. In fact right now he has the number one Country album on the charts and he is selling out shows all over the place with NO help from radio or the media. In fact I couldn’t find his new album in just about ANY store but Best Buy. He’s getting to rank up there with Sturgill Simpson for selling out shows with no help, and this is one of the few albums I like this much with no up front presence of steel guitar.

“24 Frames” is one of the best songs on this album in my opinion because it is so very well written and the album is produced very well, the sound is very good quality. The title track to this album “Something More Than Free” is another great song, it’s very simple and easy to relate to. His style on this album is more folk type and you can easily spot his Steve Earle type influences in his writing skills.

“Palmetto Rose” was a different type of rocking tune on this album that was a really nice toe tapper with some truly good lyrics as well as the song “To A Band That I Loved” which you can sit back and envision his message to old friends.

This was another short album at eleven songs but the songs are so great it makes up for that. It truly was an album worth waiting and looking for in every way.

HELL NO I will not call Dale Watson insane! I WILL call him a Country Music future Legend, he’s been hard at it for many years. Heck the man has more albums than most mainstream artists today, and this album REALLY pleased me for it’s songs, it’s steel guitar and it’s length. It is a whopping fourteen songs long, ending with “Mommas Dont Let your Cowboys Turn Out To Be Babies”. Which was a truly great song about everything from eating gravy to partying.

Dale Watson doesn’t need fancy lights and stuff blowing up to have an iconic Hardcore Country Music show, he’s been doing this for so many years and his sound and style have never changed in all these years nor has his attitude changed. What you see is what you get with Dale Watson.

“Jonesi’n For Jones” is a title and concept that has been overused in the last few years by so many people but I gave the song a chance and the lyrics absolutely impressed me in many ways. Just like the Daryl Singletary album up above Dale Watson was obviously influenced heavily by George Jones.

“Heaven’s Gonna Have A Honky Tonk” is a song I hope is true! Man what a great song this was quite possibly one of the best on the whole album. I think Red House Records really did a great job with releasing this album and although it’s by far not his best album it a worthy addition to your current Dale Watson collection.

OH MAN I’m going to say THIS RIGHT NOW..this album flat out kicks ASS, it’s twangy and well written songs grace this album. In fact it is a whopping SIXTEEN SONGS, hell I thought it might have been a 2 record album. It was REALLY WELL recorded and Mr. Ralph and the folks at Rusty Knuckles did a HELL of a job releasing this album.

“Nickajack Dam” and “Where’s A Man To Go” are two of the best songs on this album but the song “Woman” has the best feature of steel guitar on it. Honestly I think PeeWee Moore has grown as an artist and has released his finest album yet! BY FAR it is an album to be proud of because I’m REALLY loving it. I recommend this album almost above all the others on this whole article and it shall remain in my constant rotation.

“Underground Queen” was another really wonderful song and it is the style and sound I anticipate from PeeWee Moore. In addition to the great well written songs the band that accompanies him on the album will absolutely blow your mind and satisfy your hunger for Honky Tonk Country.

The Title song on this album “American Outlaw” was another good song I liked a lot it had some really good guitar licks on it, and it was more personal than the rest of the album. His message of being the last of his breed tells you some stories about his past. It has some really good lines in the song. Ironically there are only two songs under three minutes, and this album was carefully crafted I can tell.