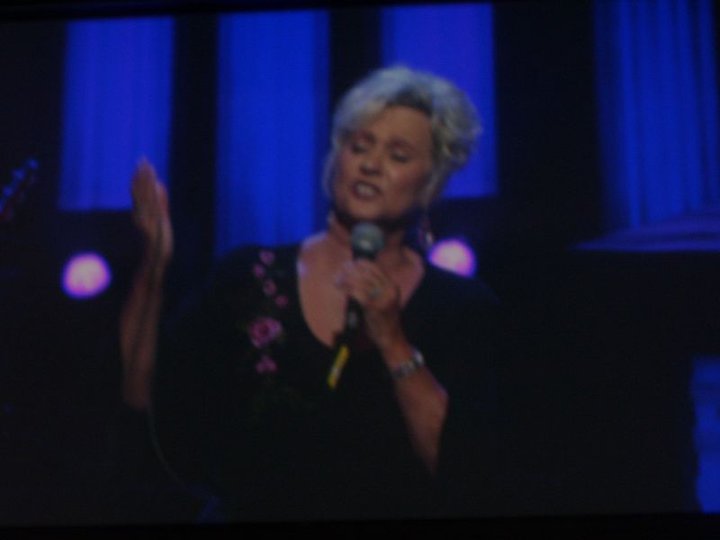 Right now I’m taking the time to listen online to the Opry on WSM 650 online, like I do every other weekend I’m off from my other job. There is no entity within Country Music I love more than the Opry (most of the time) and tonight is NO exception as they prepare to honor Country Legend Connie Smith as she celebrates her 50th year as an Opry member. She is one of the few members left that monthly perform on the Opry along with Bill Anderson who is the host of the segment right now. She is one of the “Grand Ladies Of The Opry” and even Eddie Stubbs himself has dubbed her “The Rolls Royce of Country Music”.

I totally agree with everyone that she is a gem of a person within the confines of Country Music and along with her husband Marty Stuart OWN pretty much half of Country Music Memorabillia and at most auctions that I attend if they send someone down there there is not even a chance to buy anything, they just flat out buy it all.

In august of 1965 on the same night that Country Legend Bob Luman joined Connie Smith was inducted into the fold of the Grand Ole Opry, and tonight on both shows the guest list is intense. Alison Krauss, Mel Tillis, Del McCoury and Marty Stuart. Right now Whispering Bill Anderson is telling a story about how he recovered his stolen Grammar guitar from a pawn shop in Arizona and it’s a very touching story. For a man like me that just absolutely CRAVES knowledge of this precious genre and tonight was it. Oh the stories and events going on right now is awesome.

Connie Smith has earned 11 Grammy Awards, 20 top ten Billboard singles, 31 charting albums three of them hitting number one themselves. In 2012 Connie became the 12th solo female and the 19th woman to be elected into the Hall Of Fame. She has contributed immensely to Country Music in many ways and has performed on the Opry an undisputed amount of performances into the thousands.

Her debut single “Once A Day” was written by Bill Anderson and in fact three of her first debut singles were penned by Bill Anderson. RCA released her first studio album which spent seven weeks at number one in 1965 and was produced by Bob Ferguson. Her follow up single “then And Only Then” peaked at number 4 and it’s B Side called “Tiny Blue Transistor Radio” which was originally intended for Skeeter Davis was also wrote by Bill Anderson.

She has enjoyed a bunch of success through the years and now she co hosts “The Marty Stuart Show” on RFD TV which is one of the only TV shows I watch on a regular basis.