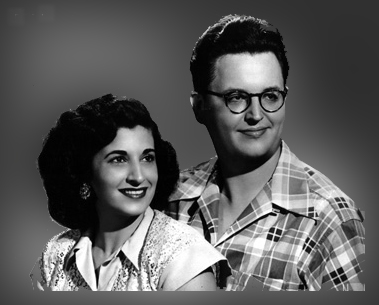 The song written 50 years ago in the hills of Tennessee by Bordleaux and Felice Bryant that evolved into the official Tennessee state song is being celebrated today in Gatlinburg. Rocky Top, one of the most recognizable tunes in sports, was born in room 388 of the historic Gatlinburg Inn in 1967. It was there in room 388 where married songwriters Boudleaux and Felice Bryant were writing up songs for singer Archie Campbell in August of that year. Despite the fact that the Bryant’s were known for writing slow songs, they decided to try their hand at something up-tempo. With a guitar in hand, they wrote Rocky Top in just ten minutes. Together they wrote songs like “We Could” for Kitty Wells and “Bye Bye Love” for the Everly Brothers, but their most notable song commercially was ‘You’re The Reason God Made Oklahoma” by David Frizzell And Shelly West.

Rocky Top was written in August of 1967 and was originally recorded by Bobby and Sonny Osborne who were making a name for themselves in the Bluegrass realm, as well as on the Opry. However in that era the Osborne Brothers were receiving copious amounts of negative press for beginning to perform their mega hit with amplified instruments, which was absolutely unheard of for a Bluegrass band. They remained performing the song amplified until the early 1970s when they moved to the new Opry house and faced an earlier noise ordinance rule.

In 1982 the song was officially adopted as the Tennessee state song, and was adopted by the Tennessee Volunteers or VOLS, and can be vividly heard at the stadium every weekend. Without a doubt this song is a Bluegrass anthem and although many local bands deem it to be the “Wagon Wheel” of Bluegrass Music, it remains a timeless unscathed classic song. The duo of the Bryants brought so much joy and happiness to so many through their songwriting tenure, and embellished Country, Rock and Bluegrass in many ways.