Bluegrass Nights At The Ryman. 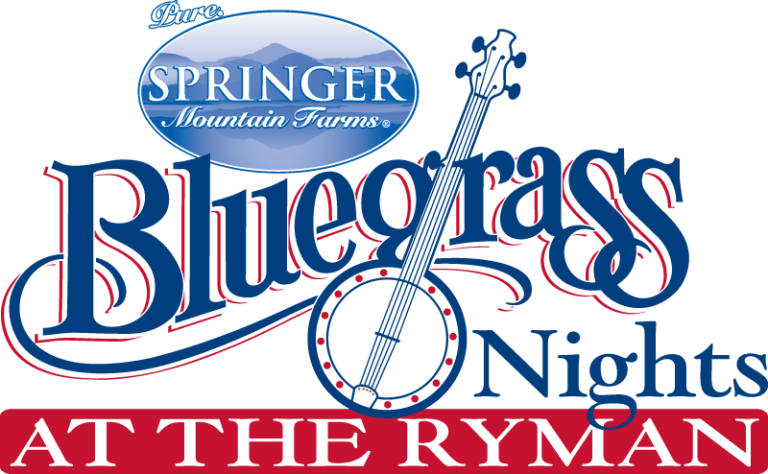 THIS IS the link you need to click on to buy tickets to this wonderful event that I touch on every year. Here lately I have been on a BIG Bluegrass kick one of the reasons being that there are many Bluegrass festivals I cover early on in the year. Three just faded out time wise and I have six more coming in the next two months.

From June to July you can catch some truly fine Bluegrass acts at the Ryman from the Opry, as the Ryman is extremely rich with history of this fine genre. It has so much splendor and beauty that you cannot dispute the authority it has over Bluegrass.

It was here in the 1970’s that Bluegrass Legends Bobby and Sonny Osbourne became the first Bluegrass band to play with plugged in instruments until 1974 when they moved the Opry to the house it’s in now. Apparently there was a noise ordinance and they had to unplug their instruments and play their hit Rocky Top, which became the official state song in the 80’s.

in the 1940’s Earl Scruggs joined the Legendary Bill Monroe’s Bluegrass Boys to begin a historic tenure with an iconic band. In 2006 the state of Tennessee honored the Ryman as the official birthplace of Bluegrass Music, however I personally dispute that statement I do NOT dispute it’s contributions to it. I don’t dispute this is where Flatt And Scruggs formed the Foggy Mountain Boys after leaving Bill Monroe and formed the structure for the three part harmonies many Bluegrass Bands now have.

This series brings together the new era of Bluegrass like the Infamous Stringdusters and blends it with the likes of Ricky Skaggs and more! For the ticket price I tell you that there is NO reason for you to miss this event, go catch at least one night of fine Bluegrass music here.