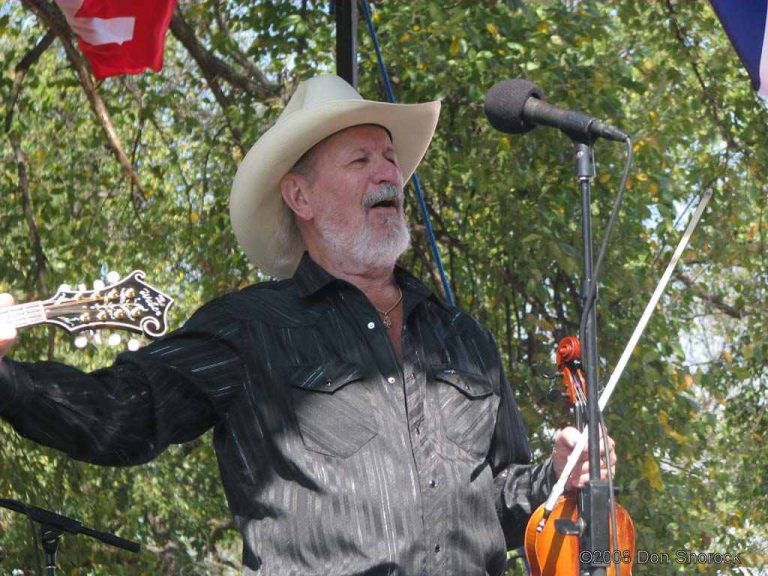 Last week Sunday Tracey Pitcox C.E.O. of Heart Of Texas Records made an announcement to the music community that last Saturday night the world of Country Music lost the “Cajun Gentleman Fiddler” Frenchie Burke had died at 81. His biggest commercial success was a song often performed on the Opry by Cajun singer Jimmy C. Newman was called “Big Mammou” which was a Cajun waltz until Frenchie got a hold of it and altered it more upbeat.

He was born and raised in Louisiana but moved to Texas in his teens and enlisted in the Air Force although he continued to play, and he won many of the talent contests during his service. He played fiddle with the likes of Ray Price’s Cherokee Cowboys and Johnny Bush whom he recorded his first album with, he also played with Little Jimmy Dickens before recording his own studio albums.

Frenchie’s Fire On The Mountain and other records adorn LP collections of people’s like mine from random lucky finds throughout my years of amassing what I have at yard sales and flea markets. Many people have not a smidgen of a clue what exactly they have in their possession.