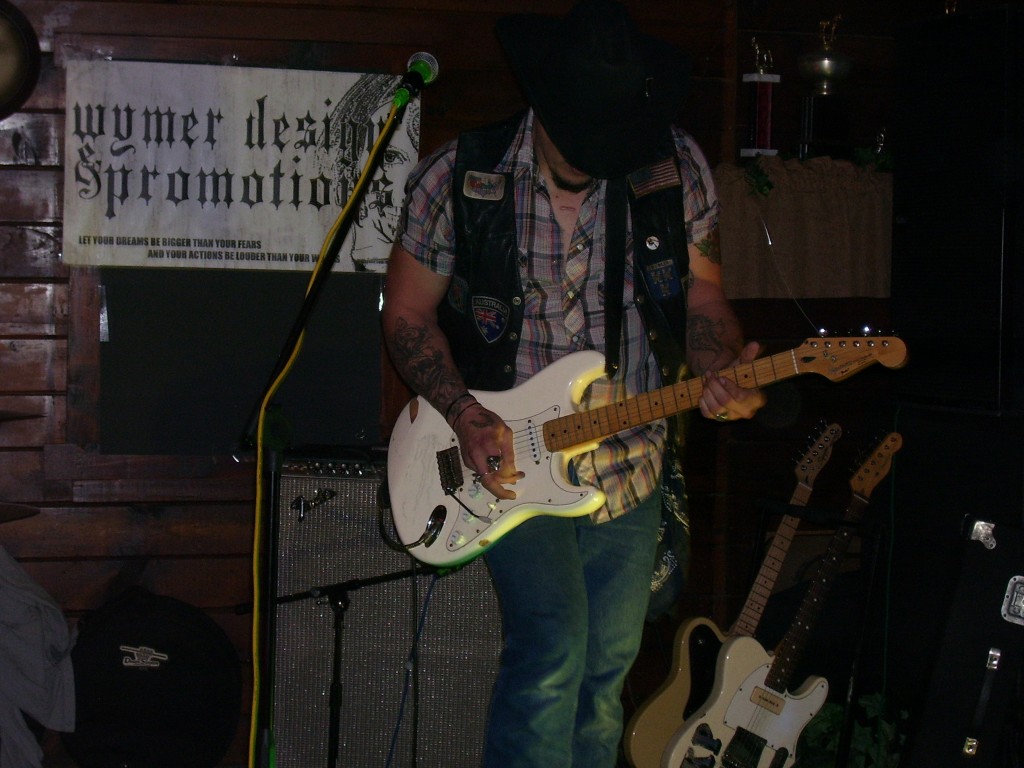 Sean K Preston HOLY CRAP what a show he was, now I’ll be honest I have heard of this man but I never been near his show. He’s up in the northeastern part of our country and I have heard many many stories of his stage presence and It’s NOT EASY to impress me to the extent that Mr. Sean did.

He was loud and he was rowdy and his set was non stop action, in fact several people told me that if I didn’t give him ONE HELL of a review they would stop following me (Bet you thought I wasn’t listening Mr. Sie?) NO SIR I agree with that statement he absolutely kicked the crap out of the whole festival.

I mean these next three sets just barreled through songs faster than I could write down and take in. I know he opened his set with “Snakeskin Boogie” and his song “Satan” was really good. This man brings an old school Country sound with his own twist to it. I saw his respect for Country Music’s Legends like I have in his set and it made me instantly relate to him and his music.

“The Deal” and “Homeward Bound” were good songs that he played, but perhaps the pinnacle of his set was the fact he included some really obscure music. In case I didn’t mention the fact Jimmy Swope was playing guitar with him and he performed “Golden Chain Of Hate” by Blue Balls Deluxe.

He played “Regret” and “We’re Not In Love” and a few more before leaving us to calm down for Husky. I tell you WHAT GUYS I had no idea he was that insane on stage. He is one hell of a talented guitarist as he and Jimmy Swope traded lead guitar duties on his set, and I was truly enjoying that. What a great bunch of new friends I got to meet!

Husky Burnette I missed his set the last time he was at a different festival and I promised you readers I would SOON catch up with him…well I did.

He absolutely did not disappoint me as a fan, his set kicked complete butt. The first song he did I was so busy admiring his sound I didn’t even notice but his second song was ‘Cooney Hill”. I got to talk him at a different festival this year at the Rusty Knuckles booth and he let me have some info on his new album coming SOON, and as I gather more about it I shall share it with you.

He continued to batter the audience with songs like “Beat And Low Down” and “Skinny Women”. Another song he played that I haven’t heard live before was “Shake Em All Down”. I really enjoyed that song in this set.

He played “Gonna Send You Back To Georgia” and the title track off his latest album “East Side Blues”. Husky closed his set with an old song called “Stagger Lee”. I’ll tell you what like I said in an earlier article the sound in this venue was REALLY LOUD and it was a GREAT place to watch music.

The final act of the festival was none other than Carrie Nation And The Speakeasy. I have saw them perform MANY GREAT sets in 2015 and this set was nothing short of stellar. This multiple piece band from the Kansas area never fails to rock the house!

They opened their set with “Obis” and quickly went into “I Saw Your Daughter”, one of their songs that was included on one of the festival promo CD’s I was sent a few years ago was “Promised Land”. I think that’s one of my favorite songs they play.

After they played “Stop Believin” they played one I haven’t ever heard live before called “Andersonville” which is a cool song about the civil war. It truly sounded awesome in that venue with the acoustics like they were! They went on to play an old Johnny Horton song called “Ole Slewfoot” and then they played “Animosity”. They closed their set this weekend with “Speakeasy Solution” and “Devil On Your Side”.

Honestly folks I will be going back to this festival again in the future, I’m REALLY glad I went. The director Donnie Wymer and the Circle X Staff was very nice to me and the website. The hotel was AWESOME and the area was gorgeous, and I had a truly good time bringing the website to the state of Indiana.