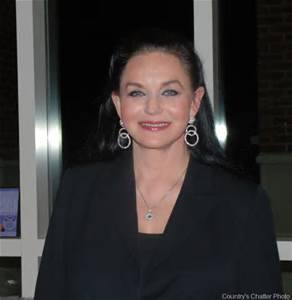 You know I’ll say this about the Opry itself…I LOVE the Opry, and I love and admire what it has stood for in it’s 92 years of existence. 92 years folks, just sit and dwell upon that for a spell and wonder where will the ever dreaded ‘evolution” of (what the mainstream calls) Country Music will force it to go?

I’ll also say this..I dislike the Opry management it takes a LOT for Ol’ Gary to hate anybody, and for the last few years it has been doing nothing but inducting pop country artists and bands. Now honestly you may or may not like me after reading this article but I’m happy with their decision to induct Crystal Gayle as their newest member. Do I think she is 100% Traditional Country? No. Most of her material was pop country for it’s time, however it wasn’t as hokey as it is now and to be honest back then it wasn’t downright disrespectful and spiteful as it is today. I regard her 1977 album “We Must Believe In Magic” to be one of my favorite albums of all time, just my opinion and much like Kenny Rogers she sang pop country while acknowledging the roots of the whole genre.

Hell, even Marty Robbins went pop country for quite some time recording songs like “White Sport coat And Pink Carnation”, yeah it was pop and yeah it was good stuff. I also thought for a producer standpoint Allen Reynolds was never really recognized to the extent he should have been for producing some of her finest work, however she was also produced by Jimmy Bowen and engineered by Garth Fundis who produced Don Williams. Some of the recordings that she released before 1977 were indeed REALLY GOOD Country Music and from 1970-1977 she only had mediocre success until she released “Brown Eyes Blue” which drew a whole new audience. But the reason I admire the album so greatly is in fact it became the first female album in Country Music to ever go platinum, aside from Wanted the Outlaws which included Jessi Colter, which went platinum as the first ever Country album.

On January 21st Crystal Gayle will become the newest member of the Opry since 2014 when pop country trio Little Big Town was invited to join, and at 65 she is for sure one of the older to be invited to join as of late. Mind you I wholeheartedly believe that she is well deserving of this recognition and being the youngest sibling of Country Music Legend Loretta Lynn I think they are the first siblings to ever be inducted on two separate occasions (If I’m wrong please do not be afraid to correct me).

I think from deep within my nutball Country Music cranium that this signifies a substantial rise in older Country Music and lately that hunger for REAL Country Music is being drawn out, Hell this past week it took me 2 days to find tickets for Cody Jinks. Chris Stapleton is almost a surefire sell out as is Sturgill Simpson, and the list goes on and on! In fact I do recall Cody Jinks covering her songs….VERY WELL I might add!